Under the Sun:  Nikita Ducarroz, Olympian 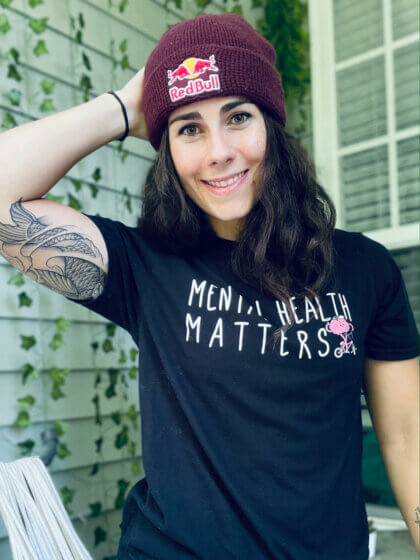 Nikita Ducarroz, raised in Glen Ellen, is a world class BMX rider who will compete in the upcoming Tokyo Olympics. Here, she speaks with The Sun’s Anna Pier — her teacher at Woodland Star Charter School for grades one through three.

When I met you, the summer before first grade, I remember you as quite a daredevil. Yes, I had a climbing harness that I would wear to ride a zipline between bunk beds in my room. And I loved to ride my little bike fast in the street in front of my house.

How did you get started riding BMX? It had to do with the anxiety stuff that was happening starting around when I was 11 or so. It got so I didn’t like to leave home at all, so I did independent study at my grandma’s. Then I quit soccer, and my parents insisted I do a sport, so I started mountain biking. I didn’t know BMX was a thing until I saw a YouTube of it. I thought, “That would be fun to jump off.”  So I made little ramps of plywood and crates in my street. Then I started going to the skatepark in Maxwell. 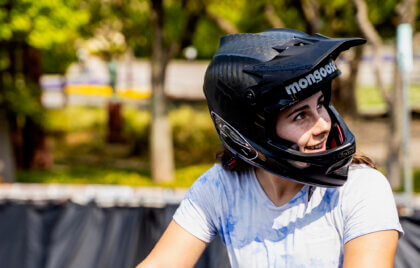 So riding helps with the mental health issue? Yes, it’s a combination of the fact that learning to ride and do tricks helps to conquer that fear, and it is such a passion for me. I wanted to practice so badly that I would leave home to go to Santa Rosa where I could practice and train. I saw a sports psychologist on a BMX series on YouTube, and I was lucky enough that my parents made it possible for me to work with him. He helped me break down all the walls I was putting up for myself.

Do you get scared? Every day it’s scary. What we do is very physical. But I’d say it’s more mental than anything else.

This is a first for you, competing in the Olympics.  How did BMX become an Olympic sport? When I started riding BMX in 2010, the competitions were individually organized by big brands. In 2017 the Union Cycliste Internationale started a World Cup tour. Some bigwigs from the IOC – the International Olympic Committee – came to view a World Cup, and not long after, BMX was added to the 2020 Games, happening in 2021.

You got a silver in the Elite Women’s event in the World Cup this year. Yes. I had crashed in the qualifying where they seed you, so I rode really early in competition. It was nerve-wracking waiting for everyone else, but somehow my score held up. It was pretty exciting. 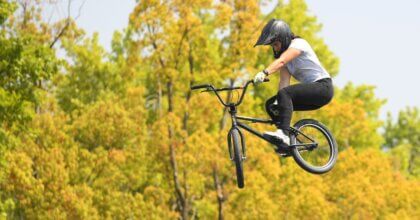 Tell us about why you are riding for Switzerland, not the U.S.  It was hard to decide. My dad is Swiss, I was raised speaking French at home, and we visited my grandparents in Geneva every summer. I ended up taking a chance. I’m the only Swiss BMX Olympic rider, but hopefully this will open up doors for others. We have national championships now.

Will you feel alone without teammates?  Not really. All of us international riders know each other. Where I practice in North Carolina, where I live, there are riders from around the world. A Venezuelan who is a legend in the sport owns the facility, and right now there are U.S., Croatian, Dutch and Argentinian riders here. Everyone trains hard, and the other riders help coach me. The first woman to do a backflip is my friend and she helped me learn it.

Do you have a coach? Yes. He’s from The Netherlands, and when we were riding together, he just began to naturally help me. So I asked him to be my coach early in 2020. He got the OK to be in Tokyo. I’m very excited, especially since my mom is not allowed. No spectators. He helps me figure out routines, and he’s really good at helping me not panic. I get to Tokyo on the 25th, and my event is August 1.

Is that the course up on your wall? Yes, the one for these games. We have 60 seconds. That’s a very long time when you’re riding.

How is all this funded? Prior to the Olympics, I had several sponsors. Now the Swiss Olympic Foundation and the City of Geneva, among others, fund me. And I am so lucky to have Red Bull. It’s my dream sponsor – their athlete support is like no other. 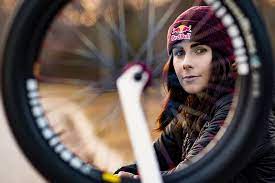 What will you do after the Olympics? It’s the event of a lifetime, but there are still many others around the world. They are so much fun, meeting so many people. And I’m only 24, so I hope to go to another Olympics. I’m gonna ride it out and see how long it lasts.

And after all this?  I’ve always dreamed of being a firefighter. And I want to be able to devote more time to MindTricks, the mental health support project I started with a friend. It all began when I made the decision to post real things on Instagram, to be more transparent, not portray it as if everything were “all good.” So I posted candidly, sharing stories of down moments, challenges. Red Bull is very interested in MindTricks too, maybe they will sponsor some projects or even clinics around it.

Well, Nikita, I just want to say I’m so proud of you. And Sonoma Valley will be cheering you on.  Thank you, Ms. Pier.