The ‘dinosaurs of comedy’ on the loose 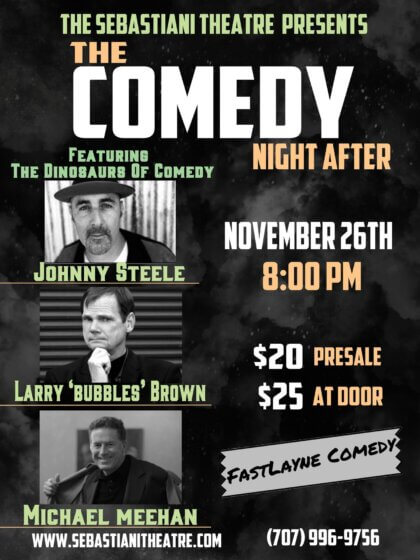 High on nothing more than pie and tryptophan, a troupe of Bay Area comics roll into the Sebastiani Theare on Friday, November 6 for The Comedy Night After.

The Dinosaurs of Comedy tour is headlined by Johnny Steele, with long-time San Francisco comedians Michael Meehan, seen on The Late Show with Craig Ferguson and Last Comic Standing, Larry “Bubbles” Brown, who has appeared twice on Late Night with David Letterman.

The Sebastiani Theatre is located on the Sonoma Plaza at 476 First Street East.