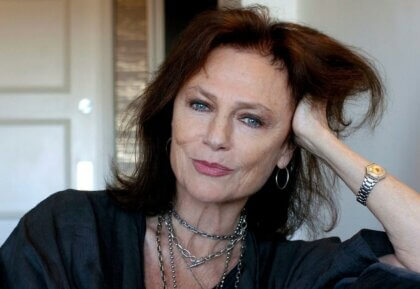 Over her distinguished career, England’s Jacqueline Bisset has appeared in some 70 films. Her latest, Loren & Rose, is directed by Rusell Brown. It will screen March 25 for the Sonoma International Film Festival, where she’ll receive the event’s Cinematic Excellence Award.

Let’s start at the beginning. What made you decide to be an actress?

When I saw wonderful foreign movies when I was about 15. I didn’t have a television. My parents used to go see foreign films on Thursdays, and one night, they asked me to come with them. I saw Jeanne Moreau and I was done for! And Giuletta Masina, and Anthony Quinn. All the Italian films. Truffaut, and the magic of discovering that women were not pretty and nice and all things good. They were revolutionary, or tough, strong – magic. Monica Vitti, and all these incredible actors doing subversive things. I wanted to see more of it. I didn’t even think I could act. That was absolutely out of range!

And yet you made it happen for yourself.

I don’t know that I ever felt I belonged. I felt like an imposter. Even in my desire to be part of that. How could I dare think I could be in that milieu or in one of those worlds? Does it show dissatisfaction in one’s own life?

It’s not a commercial piece, but I loved the material. I had an instinct about Russell. I knew it would be a short shoot with a small budget, and I like working that way. I don’t need a big trailer. I never did like it. I found it frightening, and too much like an assembly line. I have done big projects, and I was excited to meet big stars. I had a lot of good experiences, but I always knew I wanted to do the more intimate material, and it took years for me to find it. But [my roles] are often based on the perceptions of how I looked. I would say, I could play this role, and they would say I was too pretty. What the f**k? They don’t consider you, which is horrible. What do I have to do to get interesting material?

And this was that smaller, well-written type film.

I felt safe that the words were there. Russell would get irritated with me sometimes, but I felt safe. It was solid stuff. It has sensitivity and depth. There was an incredible relationship; Rose gives love to this young person she admires. She encourages Loren, and his attention to her makes her feel seen, which is terribly important in life. He questions what she says. This is fantastic! So few people ask questions in this town [L.A.]. If you start to say this happened to me, they take over the conversation. The whole conversation disappears into the air. This is not my kind of heaven.

What was your approach to the character?

Having spoken a lot with Russell, I was watching him and sensing his thoughts having rehearsed it. I was very conscious of his largesse to give me these places to visit to pass on to Loren, gradually, to enchant him, gently in a way, and pushy in another way. That was something I understood after working with John Huston in Under the Volcano. The way he made the script leaner and leaner. Also, to some degree, from George Cukor. Now I can read a script and can pick up where the audience is going to get bored. If you are an actor, you have to find something essential for the story, otherwise you will wind up on the cutting room floor. 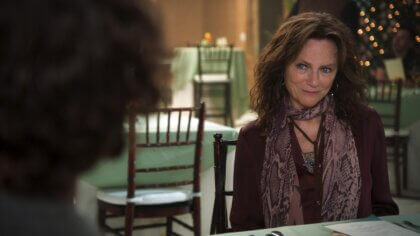 In the film, a young filmmaker (Loren) is befriended by your character (Rose) a storied actress looking to reinvigorate her career. What are your thoughts about your own career?

It’s in the past. I look at the list and think, I did that. That was interesting, that was boring, that was good.

I have a big need to be creative. It could be making a dinner or arranging something in my house. I need beauty around me. I get muddled sometimes. I don’t particularly enjoy chaos. I’ve had chaos in my life. I don’t seek it out. I seek question marks and I love to look at things in detail. I’m sad that films don’t go deeper. In Day for Night, a character says, “You can make a film about anything.” I can understand that; you can go deep into everything. There is so much that can be turned into incredible drama. I like a degree of drama, but I like the idea of quiet, and appreciation of quiet, and think simply and not have a cluttered mind. I don’t do well in chaos. We all fear boredom. It’s the worst. And I fear a bored person. It shows a lack of imagination and appreciation. The human being as a lifelong project is incredible. Part of being an actress is that you have to do psychological work on the characters you play. 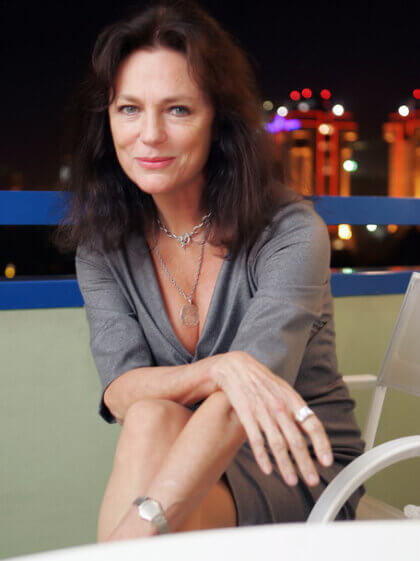 What films have you made that you would like the public to have seen?

I’ve done a few things that I like. When I did The Grasshopper, it was a big deal, because it was a big part, and I learned that I didn’t like being in such big parts at the time because it was a non-stop rush. There was no time to think. It was a good character, based on a Gail Sheehy article. She was always thinking she was special and wanting to be in on everything. But she was never happy with herself. She got involved with the wrong men and was always seeking things in an empty way. I would like people to see that film.

You were all of 22 when your first movie came out. If you knew then…

It is such a curious thing. When you are young, you assume everyone knows more than you do. This doesn’t feel right, but it’s, “Yes, sir.” You have to find it the way you can. You must be malleable, and to some degree obedient on set. You can’t be a pain in the ass, because it would cause chaos, and nothing will get done or it will be cut out of the film. When you express yourself in your film, it’s a great physical, mental pleasure.

The Sonoma International Film Festival is back live, celebrating its 25th anniversary with 120 films at multiple downtown venues March 23-25.

Some 50 filmmakers will be in attendance, along with stars of the screen (Jaqueline Bisset, Karen Allen) and cuisine (Jaques Pepin, Joanne Weir).