The Town of Sonoma 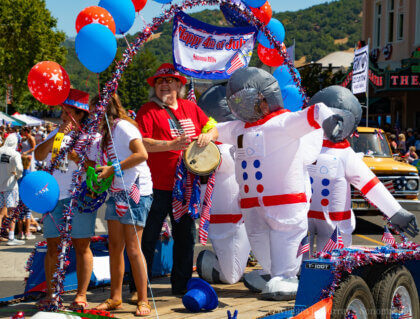 When it comes to the imagination, cities are almost magical and their names often evoke visions of romance, beauty, and intrigue. Venice, for example, the Italian city reclaimed from a vast swamp, engenders images of gondolas slowly gliding through bridge-covered canals, costumed gondoliers singing opera while paddling. Paris, Rome, London, and even New York City enjoy the cache of sophistication, culture, and excitement.

The rise of city-states is noted in history books as an essential development of civilization, the coming together of large populations within a collectively administered and protected area, often surrounded by walls. In many ways, cities define human culture, despite being a relatively recent development during the many hundred thousands of years Homo sapiens have roamed our planet.

We define a city today as an urban area or territory that is incorporated as a separate entity under law that has its own administrative, political, and financial system, collects taxes, and offers services like policing and fire protection to its residents. We define a town as a smaller separate entity, one more dependent upon a larger regional entity like a county for certain services and provisions, like water.

A village is defined as an even smaller entity, one not incorporated, that does not have its own separate administrative, political, or financial system and is entirely dependent for its public services upon a larger established entity like a county.

Strictly speaking, under such definitions, the City of Sonoma qualifies as a city, yet has a smaller population than the Town of Windsor. In fact, were it not for its place in the history of California – the City of Sonoma once envisioned itself as the county seat – its designation as a city might well not have occurred; Town of Sonoma is actually more representative of who and what we are. Our water is imported; our fire and police are contracted with regional county organizations; our population is among the smallest in Sonoma County.

A certain pridefulness informs the City of Sonoma, largely the result of our place in history. An unfortunate aspect of that, however, is the set of assumptions that accompany the idea of being a city, assumptions about power, autonomy, and authority. In most cases, these assumptions are overblown fictions we propagate that have more to do with image than substance. The downside of this image-making is that people expect too much of the City of Sonoma and this leads to widespread criticism and disappointment. The fact is our city is very small and our government capability is small, too. What’s large are public expectations. Being smack in the middle of Highway 12 doesn’t help.

It’s worth thinking about what formally changing our name to The Town of Sonoma might accomplish, as far as public expectations are concerned. Being known as a town instead of a city might temper perceptions about the power and authority we have, and better align expectations with reality. The City of Sonoma is not rich and powerful; it does not wield exceptional regional authority. It happens to be the “birthplace” of California, but that fact alone does not confer very much except a Bear Flag monument on the Plaza, a State Park, and a page or two in history books.

Being a town instead of a city would better match the reality of who we are and what we can do.