Posted on January 2, 2023 by Josette Brose-Eichar

Business as usual. How often do we hear these words? But wouldn’t seem that if you do something over and over again and it does not work, you should try something different? 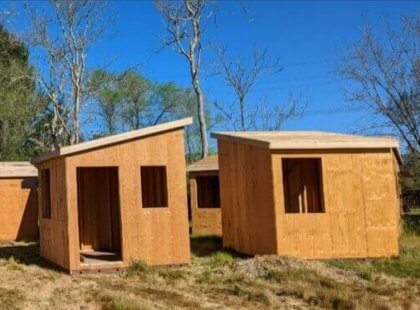 I was speaking with some experienced architects the other day.  They asked me what was going on at the Highway 12 lot in the Springs, next to Baker and Cook.  I told them about Annie Falandes and Homeless Action Sonoma’s plan to create tiny homes for the homeless, provide job training and services to help them transition into permanent housing. The next phase would be to build permanent buildings. They all said that is not how it should be done, it was inefficient to create infrastructure for the tiny homes and then later build again. But, maybe this new idea will actually get housing and services to people in need, quickly and in a new and different way.

On the Sonoma Developmental Center (SDC), we got a compromise out of the Board of Supervisors, which is more than hoped for.  We also have a plan before the state of California, the Next 100 Years, by the Glen Ellen Historical Society.  Many on social media brand this plan as NIMBY, unrealistic, and even racist.  They label the creators and supporters of this plan as rich white people.

Yet, here we have a new idea, instead of business as usual.  Instead of the build, build, build philosophy we have always followed, hoping for a different result, here is a new way to provide housing for those that need it.  By forming a community controlled district and adaptive reuse ideas, housing could be provided while protecting the environment.

Business as usual will give us the same old, same old: A large number of million dollar second homes, another 400 hotel workers commuting from other locations, and a token bit of affordable housing, that may not actually even be affordable. Note that “moderate income affordable” home rents for $3,102 per month.

And we have the Mattsons/Springs Plaza plan. Somehow we believe we must give those that already have enough money to do anything they want, more public money if we are to have a community plaza in the Springs.  Instead of Mattson scripted meetings with a predetermined outcome, why not a real community meeting where the county brainstorms with the public to come up with new ideas on how we can get a public serving space?  Why does the county not simply ask the Mattsons this:  If you can keep buying millions of dollars’ worth of property, why can’t you build your own parking garage or structure?  Why does this have to involve public money or partnership?

Like climate change, we can keep doing the same thing.  We can keep burning fossil fuel and clamoring for more of it with fracking, drilling for it in the Arctic and tar sands extraction.  Or we can develop real renewable energy sources like solar and wind.  By doing things differently we could save our planet and ourselves.

But, the powers that be can just not bring themselves to do something different.  And those that can’t think beyond ‘business as usual’ cannot stop trashing those with new ideas.