The young voices of democracy

Since 1947, the Voice of Democracy has been the Veterans of Foreign Wars (VFW’s) premier scholarship program. Each year, more than 100,000 high school students compete for more than $2.5 million in scholarships and incentives. Featured here are the winners from VFW Sonoma Post #1943, scripts for a speech on the theme: “Is Our Constitution Still Relevant?” 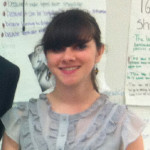 Delaney Gold-Diamond
1st Place | SVHS
It is the Year of Our Lord 1788. I am a young woman who has just come of age, working as a servant in Virginia. The master speaks of a document called the Constitution that was recently ratified. I’m not sure exactly what this means. But I wonder how is the Constitution relevant to me?

The year 1864 is the Year of Jubilee. I’m 16 years old, and have been toiling on the cotton fields on this Mississippi plantation all my life. Two years after President Abraham Lincoln issued the Emancipation Proclamation, the Senate has passed the 13th Amendment. Now, I’m a free woman. Where I do I go from here?

What a bully year, 1919! I am sixteen year old factory girl in New York. Mama came home a while ago, and told me the Senate just passed the 19th amendment. Us girls finally got the vote. How is this relevant to me?

The year is 1954. I am a 16 year old African American high school student living in Little Rock, Arkansas. The Supreme Court just ruled on Brown vs. the Board of Education, ending segregation in schools. How is this relevant to me?

It is now 2012. I am sixteen years old, and an enthusiastic high school student living in California. What does the constitution mean to me? It means absolutely everything.

The constitution means that in two years, I will be able to vote, and have a say in the government and laws that influence my life. It means that my Latino, black, and Asian friends will have the same opportunities as me. It means that we are protected equally under the law, and are free to pursue our goals and dreams, to give back to our great nation. It means that every single person in this proud nation has the right to life, liberty, and the pursuit of happiness.

The United States has had some dark times. Times of war and slavery, times where the inalienable rights of its citizens have been threatened. But the Constitution today is different than the one of yesterday, even though it may look the same on paper. The Constitution is unique in its ability to adapt to the society it governs through the amendment process and the Supreme Court’s interpretation of its words. Since it’s ratification in 1788 this document has expanded to accept African Americans as equals through the 13th Amendment. It has expanded to accept Women as equals through the 19th amendment. The Supreme Court Case of Brown vs. The Board of Education established that every child in this country has the right to an education, and equal opportunity, regardless of race, creed, or gender. The constitution will always be relevant, because it will continue grow and mature, just as the citizens of this great nation grow and mature. As the population has learned to accept and encourage gender and racial diversity in our government, so has our constitution.

Imagine what those young 16-year old girls from years past would think if they could be here today… to see that the rights and privileges our founding father bestowed upon us through the Constitution have been extended to every citizen, regardless of race, gender, or socio-economic status, truly giving us a nation of equality, freedom, and justice. The Constitution is relevant to us all. 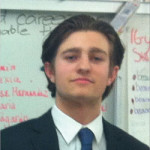 Buster La Haye
2nd Place| SVHS
There was a man that lived some two hundred years ago. He was a wise man, and to be frank, quite a quirky fellow. His father was a soap maker, and had seventeen children. This man was known to have played the violin, the harp and the guitar, and was a seasoned chess player, drafting multiple essays on the topic. He is a skilled writer, a postmaster, and a diplomat, and is also known for his contribution to the science, most particularly regarding electricity. And most importantly, this man was a founding father of America. The man, as you might have guessed, is Benjamin Franklin.

It had long been Mister Franklin’s goal to unite the separate colonies under one flag, having famously said “We must, indeed, all hang together, or assuredly we shall all hang separately.” It was at the Albany Congress of 1754 that Mister Franklin first proposed intercolonial collaboration to overcome the mounting obstacles the colonies were facing, and to surmount the tyranny of Great Britain. And in due time, the colonies came together for the purpose of establishing a new government, run by the people, for the people, and with justice and liberty for all.

This was in June 1776. a day after the appointing of a committee to construct the well known Declaration of Independence. Written by a committee of thirteen, this document was ratified by all thirteen states in 1781, five years after its first drafting. What the committee had created was the Articles of Confederation.

As you know, this was a disaster. This document failed to unify the states under the great nation that Mister Franklin had envisioned. It was impossible to adequately construct a small nation, let alone this great one, on such an insecure base. The Articles gave too much power to the states and not enough to the federal government. This was all clearly demonstrated by the state’s failure to suppress an armed uprising in 1786 known as Shay’s Rebellion.

So our founding fathers changed that. They reunited at the Constitutional Convention, at which Benjamin Franklin was the oldest member present. Our founding fathers: James Madison, Alexander Hamilton, and those others that drafted the Constitution learned from their mistakes, from the failure that was the Articles. The Constitution was birthed from trial and error. The Articles of Confederation lasted less then ten years. The United States has lasted over two hundred, and it is still going strong. We remain one of the proudest countries, one of the greatest, one of the most powerful.

If we’ve grown so tall, so great, than the foundation on which we have grown must be stable, it must be strong. Anything less would have been insufficient to support this nation through two hundred years of foreign and domestic turmoil. If the Constitution has lasted us this far, then we have no reason to divert from it now.

Our Constitution is still relevant because it has never ceased to serve its people. It has allowed us to construct this great nation and has lasted through civil war, world war, a great depression and over forty presidents. Benjamin Franklin would be proud.

For younger students, the VFW stages an essay competition. This year’s theme is: “What I Would Tell America’s Founding Fathers.”

Grace Cutting • First Place Tie | St. Francis
It would be wrong for one to question the brilliance of America’s Founding Fathers. Men such as George Washington and Alexander Hamilton worked diligently to form the basis for the nation in which we live today. Their wisdom inspired monumental documents like the Declaration of Independence and the U.S. Constitution, and ideas such as a central bank and a unified currency that play such a major role in American life. Despite the genius of these men, our country is currently in the worst economic crisis since the Great Depression. As of today, the accumulated U.S. debt is over 16 trillion dollars, and is projected to grow by at least one trillion dollars annually. For this reason, as a child of the generation whose lives will be burdened with paying off this debt, I would request that America’s Founding Fathers include a balanced budget amendment in the U.S. Constitution.

If such an amendment existed, it would be legally mandated that Congress could only spend as much money as it collects. Without a balanced budget amendment, America’s debt will only continue to increase, leaving a bigger mess for future generations to clean up. America’s Founding Fathers could not predict that Congress would spend more than it takes in decade after decade in order to gain political favor. Because of this, our country is on the edge of financial catastrophe. A balanced budget amendment would curb excessive spending and help relieve the encumbrance on the people who will soon be responsible for Congress’ 16 trillion dollar spending spree.

According to national polling, 95% of Americans think the deficit is a problem, and 65% favor the idea of a balanced budget amendment. In fairness to the children of this generation and our children later on, America needs a balanced budget amendment in its Constitution. Thank you, Thomas Jefferson and James Madison, Thomas Paine and John Adams. Your contribution was extraordinary, but I don’t think you could have foreseen the power grab and out-of-control spending of both parties of our Congress.

Taylor Stifler • First Place Tie | St. Francis
If I could go back in time and meet the great people that started this nation, I would tell them how thankful I am for the great nation they started.  I am very grateful that I have the freedom to be what I want to be when I grow up.  I have great opportunities such as the freedom to go to school, start a career and help this nation, a nation that was started on the belief and hope of freedom.  One of the great people that I look up to is George Washington, a man who helped shape the future of our great nation, the United States of America.

I look up to George Washington because he devoted his life to our nation, and freedom to all of its people.  Washington fought in both the French and Indian War and the Revolutionary war.  George Washington pursued two interests:  military arts and westward expansion.  Washington was commissioned a lieutenant colonel in 1754, for the American Revolution, Washington managed and defended the areas around Mount Vermont.  Like many others, he felt exploited by the British, and firmly voiced his dislike for the restrictions that the British set on the states.  In May of 1775, Washington was elected as Commander in Chief of the Continental Army.  For six long, grueling years, George Washington waged war with the most powerful country on earth, England.

From his early life in a Virginian family to being the Commander in Chief of the Continental Army, George Washington was committed to the freedom of the United States.  Washington and many others, like John Hancock and Benjamin Franklin, helped our country and shaped the future of this great nation that we call the United States of America.