In keeping with its mission to uphold the historical integrity of the Sonoma Valley, the Sonoma League for Historic Preservation honored five projects and three individuals at their annual Preservation Awards on November 14.

Yvonne Bowers, described as “the person who rises to every occasion and does it well,” was one individual recognized for her many activities and contributions, including her work as a docent at the General Joseph Hooker House, and for her outstanding role as editor for the organization’s quarterly newsletter. She also serves as chair for some 60 Sonoma/Petaluma State Parks Association docents, serves on the board at the Sonoma Valley Woman’s Club and writes their newsletter, and serves on the Citizen Advisory Committee.

Fred Allebach and Scott Summers were both honored as Individuals Providing Leadership in Preservation for their collaborative work on the Mountain Cemetery Walking Tour. Allebach researched and selected twenty-one graves to represent a swath of Sonoma’s most interesting personalities, and Summers contributed his cartographic and graphic design skills to produce the brochure for the tour. 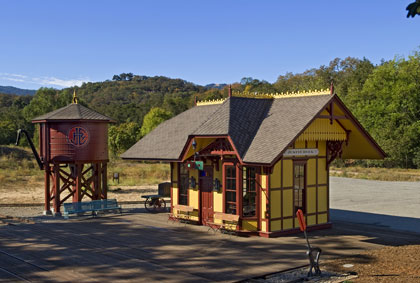 Award of Merit for Reconstruction and Preservation of a 1947 Historic Structure
Owners: John and Nancy Lasseter
Builder: Molofsky Builders Incorporated

The Grizzly Flats Station, originally built for a Disney film, is an exact replica of the Lehigh Valley Station. The depot station was saved from demolition, dismantled and shipped to the Lasseters’ ranch in 2007. In seven months, the building was repaired, restored, painted, and furnished with the memorabilia of its past. 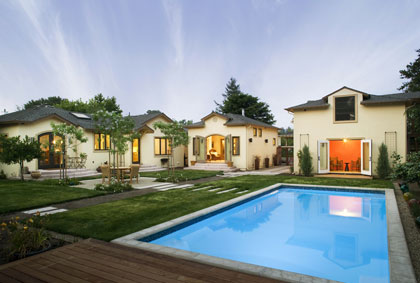 The McCartneys created a lighter atmosphere in Dr. Carroll Andrews’ former 1940s home and office by opening up the kitchen, dining, and living rooms. They also added a master suite, along with new heating, cooling, and plumbing systems. Energy efficient windows in similar style to the originals were installed, and period details were retained and matched throughout the house. 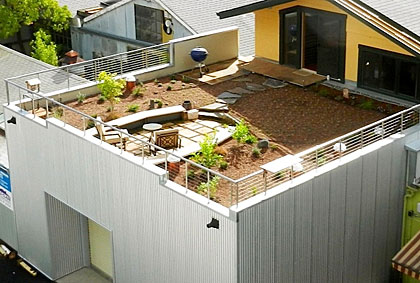 Built in 1908 and owned by the LaHayes since 1936, the historic building has a new structurally sound addition at the rear of the building, which includes a vegetative roof off the second floor apartment. The living roof is landscaped and designed to collect rainwater, which is then stored in large tanks for irrigation. Living roofs are an increasingly popular way to increase the life of the roof, reduce the urban heat index, and insulate the space below. 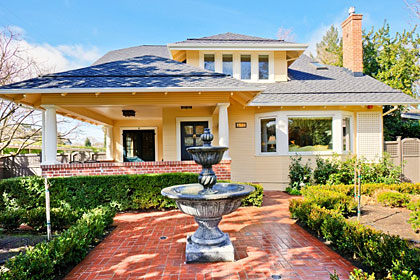 Extensive renovations to the 12-room home, one of the finest examples of builder C.C. Bean’s work, believed to have been built in 1925 for the Dunn Brothers. Inside the home, rooms were combined and opened up, and a bedroom suite was added. The original floors and staircase were preserved. The look of the exterior was preserved, and the garage addition was built to match the rest of the home. The yard was professionally landscaped with a new concrete patio, fountain, and brick walkway. 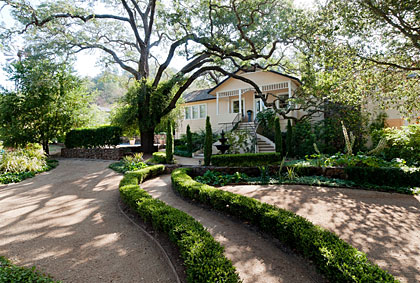 Extensive renovation of the six-acre, 1923 dairy farm property was completed largely by the owners themselves. Among the updated features are a new, pressurized septic system and a pool with a cabana. The owners converted the chicken coop into a guest house with a full kitchen and bath using repurposed wood from the barn and items found in salvage yards and antique collections. Among other renovations, the owners converted the downstairs office and TV room into a wine cellar and tasting room, and the barn has been turned into a multipurpose space including a home winery, shop, and a guest studio.