Overcome and Achieve — The 2016 Youth of the Year Candidates

Candidates are high school juniors or seniors who demonstrate a significant arc of change. Many candidates face daunting personal challenges at home and in school, yet persevere and even flourish. “With Youth of the Year we honor each candidate’s commitment to a positive life in the face of adversity, said Rachel Cusick, development and marketing director. “The award process illuminates the real and lasting change that Boys & Girls Clubs bring to kids and the community at large.

The criteria include service to community and family; academic success; strong moral character; and life goals.

All finalists receive a $500 scholarship. The Youth of the Year recipient receives a $1,500 scholarship and a new computer thanks to a grant made possible by the August Sebastiani Foundation.

The annual awards event will be held at Maxwell Clubhouse in Maxwell Farms Regional Park from 5:45 to 7 p.m. It is a free and open to the community. The program begins with Fine Arts Exhibition at 5 p.m. BGCSV will also honor the Members of the Year from El Verano, Sassarini, Flowery and Dunbar Elementary schools. The middle school Members of the Year from Altimira and Maxwell Clubhouse are also celebrated. 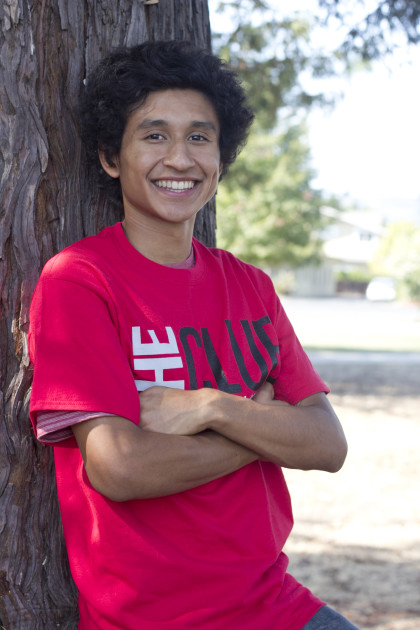 As we embarked on our journey to open THE CLUB Maxwell Village, we knew we would need to enlist the help of our community, the staff, and the teen Club members. Edwin quickly proved that he was up to the task! In summers past, Edwin had volunteered his time and effort to make our specialty camps memorable for the younger members at Boys & Girls Clubs. We would receive feedback from staff on just how helpful and important Edwin was to their programs. Edwin’s energy and enthusiasm were infectious among the younger members and he was proving himself to be a great role model. Although he was just a sophomore at the time, Edwin showed a maturity and focus that was noticed by the staff. When we began to reach out for help in building our new site, we knew that Edwin would be the right person to ask. Edwin displayed the same dedication we had come to admire a few summers back, and he quickly became the “go-to” volunteer when assistance was needed. Edwin found the time to help with painting, assembling furniture, and picking up donations, all the while balancing a heavy sports and school schedule. Edwin’s ability to juggle a heavy workload was undoubtedly a factor in his acceptance into the Students Rising Above program. His genuine enthusiasm surely played a part in his nomination as Slate President at SVHS.

As a leader and role model, Edwin sets a high standard for his peers; not only through his actions, but in the passionate and genuine way he carries out these actions. His influence is represented in many of our new members of THE CLUB Maxwell Village, who reference Edwin’s involvement as a motivating factor to join. Edwin’s leadership, commitment to academics, and engaging spirit will serve him well in the future. We are proud to call Edwin a member of our Club! 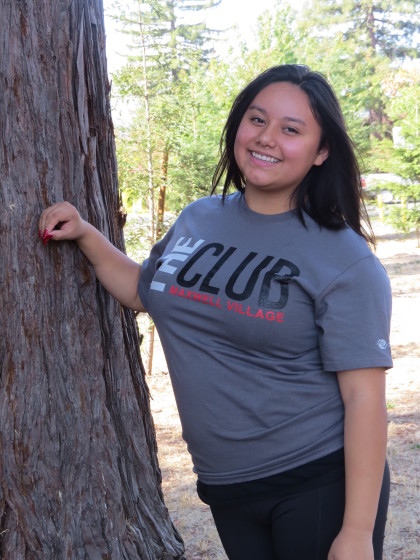 As a Club member for the majority of her childhood and teenage years, Magda epitomizes what we call a “Club Kid.” Magda’s love of THE CLUB and of her community is unmatched, both in the amazing events she organizes, and in the number of peers she is able to rally to join her in pursuit of making her Club and community a better place. This passion has been on full display since her trip to the National Keystone Conference last spring. Not only was she energized and intent on making her Keystone group more productive and engaged, she became part of a group of like-minded teens from around the country who collectively took a pledge to graduate. Since that moment, Magda’s focus, enthusiasm, and dedication have been an incredible sight to witness! Her energy and ideas have inspired not only her peers, but our staff as well. We have come to heavily rely on Magda as she plans special events and fundraising opportunities. As the Keystone president she has thrived in her leadership role this year.

Magda’s leadership is only a small part in what makes her so special. Her genuine and caring spirit is infectious. Her ability to make others laugh puts all of us at ease when she is at THE CLUB. The manner in which Magda goes about making others feel comfortable and important conveys that of a truly giving person. She will no doubt have a lasting impact on THE CLUB and the community in the future. 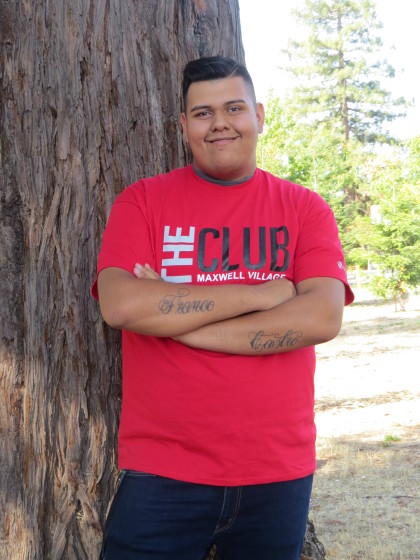 For a second year in a row, Franklin has been chosen to represent our Club as a Youth of the Year nominee. Franklin’s volunteer efforts, Keystone involvement, and leadership within THE CLUB were some of the criteria used for his selection as a Youth of the Year nominee last year. These same qualities continue to shine in his senior year. However, a deciding factor in his selection this year is the concerted effort Franklin has put forth to be the first in his family to graduate high school. During his junior year, Franklin was re-classified, and soon thereafter enrolled at Creekside High. Rather than view this as an obstacle that may deter him, Frank used his experience as motivation. To ensure his success he began to take full advantage of all the resources at THE CLUB and in the community. Franklin is currently on track to graduate in December. His diligence and effort is on display every day as he comes to THE CLUB early for assistance with his homework.

Franklin’s dedication and commitment have had an amazing effect on his peers. He has openly spoken with many of the teen Club members about his experience, hoping to help them in their path to academic success. This leadership is not easy to convey as a young person, yet Franklin’s calm and caring demeanor enables him to be one of our most influential and popular volunteers. Frank can often be found rallying his peers for volunteer efforts. He has become the most popular Power Hour volunteer amongst elementary school-aged Club members of The Club who view Frank as their favorite volunteer. Franklin’s unparalleled volunteer work is just part of what makes him an amazing young man. His selfless nature and genuine care for others will surely serve him well in the future. We are fortunate to have Franklin as a dedicated member of THE CLUB! 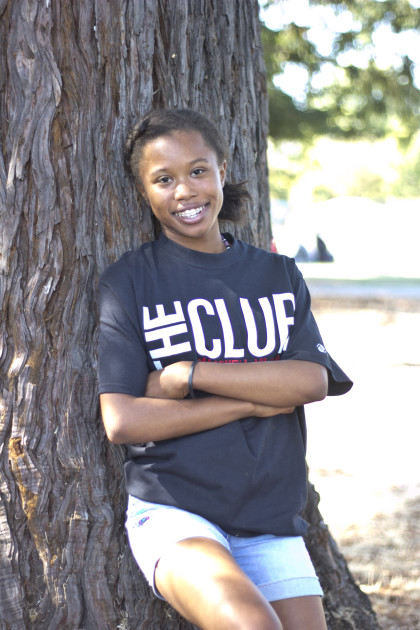 Although Amani is relatively new to THE CLUB, the impact she has had on her peers and staff has been extremely impactful. Amani has come to be known as a volunteer of many talents and can be found on any given day helping with school-aged members in various capacities. These talents are on best display in the ICC where she recently earned an internship role, using her skills in design and art to inspire younger members. As Amani became more comfortable in her role, she was able to recruit others to volunteer at THE CLUB, displaying a quiet, yet influential leadership that few her age have yet to master.

The staff looks to Amani at times to help motivate and guide her peers, and she has responded by becoming a true leader within THE CLUB, giving honest and caring advice to any who need it.

Amani’s caring ways can be found on display in the pieces of art and pictures she leaves scattered throughout THE CLUB. Pictures and cutouts of Disney characters and cartoons are not only a fun way for Amani to decorate, but as she says- “They are there to make everyone smile.” This genuine care for others helps Amani to stand out as a caring leader and someone whose impact will be felt wherever her journey takes her. We feel fortunate that Amani is part of our Club and community!