Will Sonoma be part of the New Potconomy? 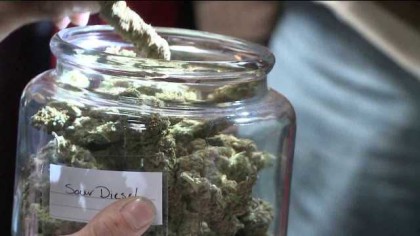 Though advocating for a robust local economy to meet rising costs, the City of Sonoma continues to prohibit medical marijuana dispensaries, which in other cities are producing very large sales tax revenue.

There is no medical marijuana dispensary in the City of Sonoma, but there’s plenty of marijuana and marijuana users. For those who have obtained a Medical Marijuana Card, their supply of “herb” is just a short drive away in Santa Rosa or Sebastopol. County-wide, there are 18 legally approved medical marijuana dispensaries, and collectively they paid over $2.6 million in taxes in 2015 on sales of nearly $31 million. For those willing to travel farther, San Francisco offers cushy marijuana “lounges” where users can relax in safety and security while taking comfort in their medicine of choice.

In response to a state law pertaining to pot regulation, in December, 2015, Sonoma’s City Council unanimously enacted a measure which continues the city’s current policy prohibiting pot cultivation, delivery, and dispensaries within city limits. The impetus for such policy appears rooted in historic precedent and what might be defined as a surprisingly conservative attitude on the part of the City Council towards the use of marijuana in an otherwise very liberal community with lots of pot smoking citizens.

Understanding the city’s anti-pot policy necessarily prompts reflection on its support for wine-tasting rooms and alcohol consumption. Roughly thirty wine-tasting rooms now dot the Plaza, from little hole-in-the-wall locations to large ones best described as opulent and comfortable. The most luxurious and elegant among them offer tasting menus combining food and wine at over $100 per person.

The Sun, in an attempt to compare apples to apples, has gathered information about the economics of two intoxicants, cannabis and alcohol. In encouraging wine-tasting businesses, the City Council majority has invoked the benefits of a healthy, free-market economy and boosting city tax revenue, but as our investigation reveals, a square-foot comparison between a medical marijuana dispensary and an equal sized tasting room is anything but equal. When it comes to generating sales taxes, job creation, and employment a medical marijuana dispensary appears to beat a wine-tasting room, hands down.

Profile of a medical marijuana dispensary

We interviewed Robert Jacob, owner of the Peace in Medicine dispensaries in Santa Rosa and Sebastopol. Using Sebastopol for the basis of comparison with Sonoma makes sense; Sebastopol and Sonoma have the highest average home prices in Sonoma County, and are roughly the same in population and demographics. Both communities are politically liberal, and both are located off the busy Highway 101 corridor.

Mr. Jacob’s facility in Sebastopol, 1,500 square feet in size, produced $250,000 in state sales tax revenue in 2015 – $167 per square foot – of which the City of Sebastopol received it’s usual share, plus additional revenue related to its own locally enacted sales tax percentage. His business is among the top twenty-five sales tax producers in Sebastopol.

According to Mr. Jacob, the Sebastopol Peace in Medicine location employs 40 people, all of whom receive full healthcare benefits, including vision, dental and long-term disability insurance. It provides jobs for IT and accounting professionals, is a member of Rotary and the Chamber of Commerce, a perennial winner in Sebastopol’s annual Apple Blossom Parade and a generous contributor the city’s local non-profits. Located at the eastern entry to town, it shares its busy shopping center location with a coffee shop, restaurant and upscale inn.

Mr. Jacob reports that though it took two-and-one-half years for the city to adopt its ordinance regulating medical marijuana dispensaries, it was not controversial. “There was virtually no opposition,” Mr. Jacob commented. It’s worth noting that Robert Jacob is not simply the owner of a two medical marijuana dispensaries; having been elected, he sits on Sebastopol’s City Council, and is now serving in his fourth year.

As to crime, the worst that’s happened was one broken window and some associated vandalism. “All the security protocols for the facility, including the surveillance video system, were vetted and approved by Sebastopol’s police department,” said Mr. Jacobs, and he added that the facility maintains close ties with law enforcement. Moreover, Peace in Medicine, open from 11AM – 7PM, seven days per week, has a full-time community relations employee on duty at all times.

The profile of a wine-tasting room

This brings us to the comparison with wine-tasting rooms, which are also regulated since alcohol is consumed and sold at their locations. No special ordinance was needed for wine-tasting rooms to open, since their sales and consumption is under the purview of the State of California Alcoholic Beverage Control.

Sonoma’s downtown wine-tasting rooms are generally small and also have a small number of employees, perhaps three or four each. Employee benefits such as health care or long-term disability insurance are rare.

When it comes to sales tax, Sonoma’s Finance Director DeAnna Hilbrants reports that tasting room sales tax data compiled by the city is aggregated with restaurants into one combined category, and therefore she is unable to provide information about wine-tasting rooms only. Logic would dictate, however, that the highest potential sales volume of a wine-tasting room is related to “wine club” activity. Wine club sign-ups generate sales of wine shipped to members, but Finance Director Hilbrants confirms that wine club member shipments do not generate city sales taxes unless the wine is shipped and billed from within the city limits.

The City of Sonoma’s Top 25 Sales Tax Generators include grocery stores, restaurants, hotels and drug stores. Absent from the list is any downtown wine tasting room.

A business generating $250,000 in sales tax would make it on this list, confirmed City Manager Carol Giovanatto, who said Sonoma could use more businesses generating tax dollars at that level. “I wish I had some (more) of those.”

In an article in the February 24, 2014 edition of the Index Tribune, winery owner Peter Haywood, who at that time had a tasting room on the plaza (now closed) was quoted, “The practicality of tasting rooms is that you don’t sell enough wine to a walk-in on a daily basis to make money. It’s difficult to even break even, except in certain months.”

While marijuana, like any intoxicant, can impair thought and functioning, it’s effects are generally considered modest when compared to the effects of over-consumption of alcohol. Cannabis is not physically addictive. In its current medical context, marijuana is said to help prevent nausea in cancer patients undergoing chemotherapy, relieves pain, reportedly can reduce anxiety and agitation, and is used as a sleep aid. In addition to marijuana for smoking, a wide variety of cannabis-infused products are now available through dispensaries, including edible and topical forms.

Alcohol, on the other hand, is not generally considered medicine, though millions “self-medicate” daily; over time, alcohol can be physically addictive and causes major social problems with huge health and public safety consequences. Nationally, drunk drivers kill thousands of innocent citizens each year. It is also a powerful economic driver; without a liquor license, most restaurants would find themselves making little in the way of profits. Despite its well-known negative health effects when over-used, its high social costs, and its briefly problematic history of prohibition, alcohol is an enormously profitable mainstream consumer product heavily supported by advertising, marketing and sponsorships. Wine is Sonoma County’s major agricultural product.

Why medical marijuana cultivation and sale in the City of Sonoma continues to be prohibited while alcohol, an addictive substance and a major contributor to both physical and mental health problems is encouraged, raises sticky ethical issues.

We asked Sonoma Police Chief Brett Sackett for his views on the topic, and his impressions pertaining to both pot and alcohol. By contract, the Sonoma Police force is staffed and administered by the Sonoma County Sheriff’s Department.

Chief Sackett acknowledges that “attitudes about marijuana have been changing for the past 20 years,” but that his attitude has remained consistent. He does not feel that having a local dispensary is good public policy. “Some studies,” he noted, “indicate it could cause an increase in crime.” That said, he admitted that “Legitimate users with a legitimate need should be able to get it” but conceded that current laws in the City of Sonoma prohibit delivery.

With regard to the recently enacted city measure, he characterized it as a “reaffirmation” of existing policy that was undertaken due to the appearance of a deadline in state law which might have resulted in the city losing control over medical marijuana policy to the state. Though the city took the “most restrictive stance,” Chief Sackett said, “members of the City Council have indicated a desire for more discussion about methods to provide safe access in the future,” but added that he’s heard nothing specific about plans to tackle the subject.

On the topic of alcohol, Sackett offered his opinion that “Sonoma struggles with how to best regulate alcohol use in the city.” He feels that wine-tasting rooms are not well-differentiated enough from what he termed “wine bars” and “tap rooms.” City law enforcement continues to actively enforce drunk driving laws. Of the 500-600 arrests made each year within the city, the Chief estimates that perhaps 10 percent are marijuana-related, but well over twice that are due to alcohol.

He does feel that the state-wide legalization of marijuana use “has a better chance than not,” and that if commercialized, marijuana will create a “battle between Wall Street and the drug cartels” for control of growing operations.

When asked about the city’s suppression of marijuana use on the one hand, and the encouragement of alcohol use on the other, he admits it raises challenging ethical issues not easy to solve.

From an economic standpoint, it appears the City of Sonoma is missing a major opportunity to increase its sales tax revenues by prohibiting a medical marijuana dispensary. From a legal standpoint, the city remains unprepared for a loosening of laws pertaining to pot, a loosening which may happen as early as this November when a measure to legalize marijuana in California will likely appear on the state ballot. Polls have shown from 56 percent to 60 percent of California’s likely voters in the November presidential contest support legal pot.

From a social standpoint, Sonoma is failing to serve a population of medical marijuana users in favor of promoting increased alcohol consumption.

Ultimately, and despite its recent reaffirmation of its long-standing policy of prohibition, the “Potconomy” is gathering a head-of-steam nationwide, and may well quickly overwhelm Sonoma’s conservative approach.

One thought on “Will Sonoma be part of the New Potconomy?”