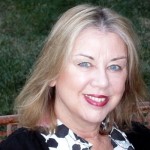 Not all tax scam are instigated by outsiders. Some normally honest folks succumb to the temptation to falsely inflate deductions or expenses on tax returns. This may be at the top of the list of the IRS’ 2017 “Dirty Dozen” tax scams. Doing so may result in paying less than is owed or receiving a larger refund than is due.

The majority of taxpayers file honest and accurate tax returns each year. However, each year some taxpayers “fudge” their information. This is why falsely claiming deductions, expenses or credits on tax returns remains on the list of tax scams.

Taxpayers should think twice before overstating deductions such as charitable contributions, padding  business expenses or including credits that they are not entitled to receive – like the Earned Income Tax Credit or Child Tax Credit.

Speaking of charitable contributions, fake charities are another item on the IRS’ list of tax scams for 2017. You are allowed a deduction only for donations to qualified 501 (c)(3) organizations. And make sure the organization is qualified.

Be wary of charities with names that are similar to familiar or nationally known organizations. Some phony charities use names or websites that sound or look like those of respected, legitimate organizations. IRS.gov has a search feature, Exempt Organizations Select Check, which allows people to find legitimate, qualified charities to which donations may be tax-deductible. Legitimate charities will provide their Employer Identification Numbers (EIN), if requested, which can be used to verify their legitimacy through EO Select Check. It is advisable to double check using a charity’s EIN.

Don’t give out personal financial information, such as Social Security numbers or passwords, to anyone who solicits a contribution. Scam artists may use this information to steal identities and money from victims. Donors often use credit cards to make donations. Be cautious when disclosing credit card numbers. Confirm that those soliciting a donation are calling from a legitimate charity.

Don’t give or send cash. For security and tax record purposes, contribute by check or credit card or another way that provides documentation of the gift.

Tax-related Identity theft – with its related scams to steal personal and financial data from taxpayers or data held by tax professionals – also remains a top item on the Dirty Dozen list. It remains an ongoing concern even though progress is being made within the IRS to reduce these occurrences. Take steps to safeguard your personal and business financial information.

I’ve had so many calls from clients about getting aggressive and threatening phone calls by “someone at the IRS,” demanding payment of so-called outstanding tax liabilities. The source is criminals impersonating IRS agents attempting to scam you out of money and your banking information. This has been on the list for a few years now and these calls remain a major threat to taxpayers. According to the IRS, “During filing season, the IRS generally sees a surge in scam phone calls that threaten police arrest, deportation, license revocation and other things.” The IRS reminds taxpayers to guard against all sorts of con games that arise at any time and pick up during tax season.

“Don’t be fooled by surprise phone calls by criminals impersonating IRS agents with threats or promises of a big refund if you provide them with your private information,” said IRS Commissioner John Koskinen. “If you’re surprised to get a call from the IRS, it almost certainly isn’t the real IRS. We generally initially contact taxpayers by mail