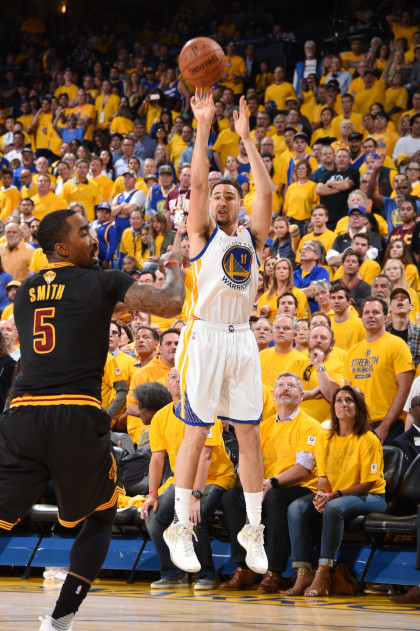 Talk about a fast break… Golden State Warriors All-Star Klay Thompson will be the Grand Marshal of the GoPro Grand Prix of Sonoma Verizon IndyCar Series season finale this weekend at Sonoma Raceway.

Thompson will also enjoy a high-speed lap around the road course with racing legend Mario Andretti in a two-seat Indy car.

“I am beyond excited,” said Thompson. “I have heard so many good things about this race, and I can’t wait to see everything up close in person.”

Thompson is a three-time NBA All-Star and a two-time All-NBA Third Team honoree. In 2015, he helped lead the Warriors to their first NBA Championship since 1975. Thompson then helped the Warriors return to the NBA Finals for a third straight year in 2017, winning his second NBA Championship.

In his role as Grand Marshal of the GoPro Grand Prix of Sonoma, the hoopster will take part in pre-race activities on Sunday, September 17, give the official command of, “Drivers, Start Your Engines” and wave the green flag.

Thompson will also enjoy a high-speed lap around the road course with racing legend Mario Andretti in a two-seat Indy car.

“Klay is a core member of one of the greatest sports teams in Bay Area history,” said Steve Page, Sonoma Raceway president and general manager. “He’s a true champion and we’re excited he will be with us to help crown the 2017 Verizon IndyCar Series champion this Sunday.”

Thompson is extremely active with Warriors community outreach programs and has been recognized off the court for his efforts in the community. He received the NBA Cares Community Assist Award for November 2014 and the Alvin Attles Community Impact Award in April 2015 in recognition of his efforts to make a positive impact on the lives of underserved youth in the Bay Area.

For more information or to purchase tickets visit Sonomaraceway.com/indycar or call 800.870.7223. Kids 12 and under are admitted free all weekend, and parking is free.