Kevin McNeely is simultaneously answering the phone, reading a text, solving a logistical problem and politely chatting away about how great this year’s Film Festival, on now through March 25, will be. The ice truck is late and the tent is going up in bad weather, but nothing seems to ruffle the festival’s executive director, not even the threat of rain.

“This is perfect movie-watching weather,” he says.

As for film fans, the prime concern is choosing what to see from a lineup of 115 films, including 64 features, from 18 countries. The weekend includes programs of short films, plus an industry panel on gender equality, and the annual UFO Symposium, a perennial favorite that is to the festival what Area 51 is to UFO buffs.

McNeely said this year’s festival received an outpouring of support from filmmakers, distributors and actors as the region recovers from the October fires. “We have dedicated this year’s festival to the emergency first responders,” he said, adding, “all of us who work year-round to put on the best festival possible thank everyone for their support in a time of community recovery.”

The range of films – features, shorts and documentaries, with food and wine being a well-explored topic — will be screened in seven downtown Sonoma venues, with the festival hub once again the Backlot Tent on the grounds of the Veterans Building on First Street East.

As always, parties and schmoozing are among the coming attractions. Among them: Friday night’s “Frank and Ava” themed bash at the Backlot Tent, the Awards Ceremony and Reception at the Backlot Tent on Saturday, and the Closing Night wrap party Sunday night at Hopmonk Tavern. 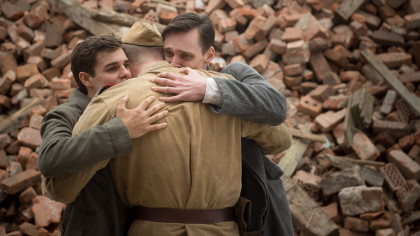 Festival Director Kevin McNeely predicts this film, the story of young Jews surviving life in Nazi Berlin, will be Germany’s 2019 Oscar submission. Claus Räfle’s gripping docudrama traces the stories of these real-life survivors who learned that sometimes the best place to hide is in plain sight.

A menu of five short documentaries from the world of food and wine, including: “Bacon and Greens,” a foodie’s trek through Ireland, and “The Miracle of Alto Ridge,” a look at one of Italy’s premiere, yet relatively unknown, wine regions.

A psychological drama about a relationship between a recent widow and a Marine veteran with PTSD, the film examines the lasting effects of severe trauma and debilitating loss. Christopher Knoblock, the director, Jonas Ball, actor, Dana White, wirter/producer, and Lauran Buchter, composer, will be in attendance. 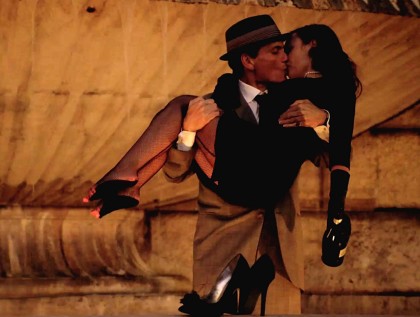 Before Sinatra was Sinatra, or rather in between his eras of superstardom, he campaigned for the movie role, in “From Here to Eternity,” that would salvage his career. Meanwhile, he had a lusty, boozy affair with bombshell Ava Gardner. Rico Simonini, actor/producer, Emily Elicia Low, actor, Michael Oblowitz, director, and Doug Kaplan, co-executive producer will be in attendance. 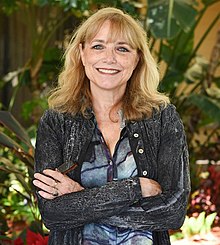 Andre – The Voice of Wine

Born to family of Russian aristocrats, Andre Tchelistcheff came to the Napa Valley’s Beaulieu Vineyards in 1938 and became the most influential winemakers of the era, innovating the industry and introducing the Georges de La Tour Private Reserve label. The feature-length documentary is narrated by Ralph Fiennes. 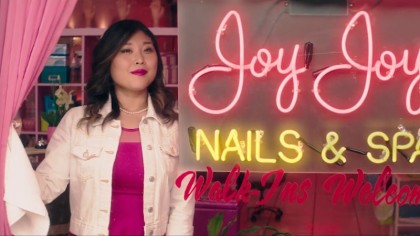 A program of nine short films by, for and about women. Titles include “Fanny Pack,” a comedy about a young Indian-American with a dream; “Joy Joy Nails,” set in a Korean-owned nail salon; and “Yours Sincerely, Lois Weber,” a tribute to the highest-paid director of silent films at Universal Studios in 1916.

Wilder than Wild: Fire, Forests and the Future

While making this documentary about destructive wildfires – the causes, effects and even benefits – the North Bay fires broke out, and local filmmaker Kevin White was able to capture some truly alarmingly awesome footage of the inferno. 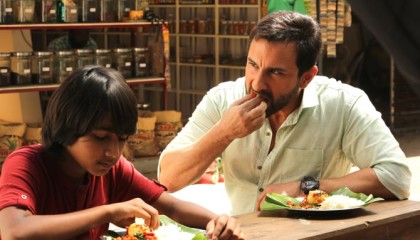 Remember the movie with Jon Favreau, the “Chef” who changed his life by operating a food truck? This is an official remake – Favreau is an executive producer — made in India by director Raja Krishna Menon. In this dramatic comedy, a chef fired from his American gig visits family in his home country of India, and tries to get back his mojo – and his son – by operating a food truck.