Light Space — Through the ‘Portals’ with Phillip K. Smith 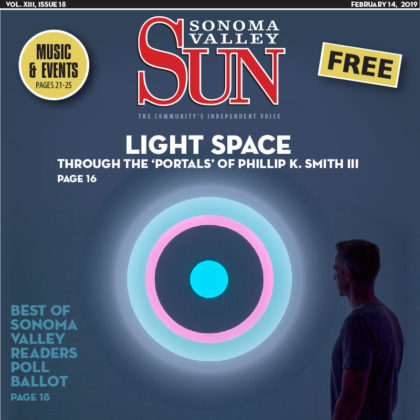 The stunning exhibition of Philip Smith’s work currently at the Sonoma Valley Museum of Art is notable because it’s puzzling and fascinating at the same time. Viewers sense the shift in colors without really knowing how it happens, thanks to the artist’s deft handling of light and space within the colors.

When we met, I told Smith I was challenged because so many words have already been written about his work. Unless I invented new superlatives, I would need a different viewpoint, so perhaps we could talk about the personal side of his artistic journey. “I appreciate that,” he said, “because the personal part is so often overlooked in reporting, and I believe it’s also important to know about the artist and what makes it all happen.”

As we viewed Portals I in the front gallery, he explained his use of architectural measurements. “I’m always interested in the search for truth, which in a way involves mathematics. When you get into the art world, that understanding of what truth is gets to be a little different. You could say it’s up to the viewer, but I don’t think so. There are truths in this world that affect all of us even though we’re not necessarily aware of them. The concept of the circle, the square, and so on, links geometry and humanity. 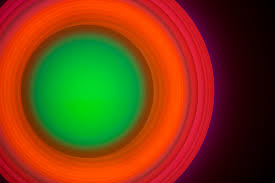 “Maybe because I’m an architect, I’ve never had a problem thinking about scale. Sometimes I have to challenge myself to compress and deal with something we can actually manage more easily. In a way it’s all a great mystery, but it gets accomplished through working, drawing, and thinking it out.

“Geometry, for example, is our common language, yet there’s a lot of art made with zero interest in geometry. We are all familiar with circles and squares; in Portals, there are concentric circles with colors we understand but then they start to shift and change, opening your understanding of what that common language can be, and that’s when you get into the art of it and move beyond.”

Discussing his role models, Smith said they were the desert, his mother, and his father. “We moved to the desert when I was seven and my father was, and still is, with a real estate development company. My mother was an interior designer at the time. When I was nine, I would go with her to the Pacific Design Center in LA and my job was returning fabric samples, because I knew where all the manufacturers were. She honed my understanding of color. When she laid out her fabrics, she would say, ‘Look at this green, it’s a bit too blue,’ or ‘this blue is a bit too yellow.’ I learned about construction and scale from my father, and the whole time I was surrounded by the scale and beauty of the desert.

“I have been marching toward being able to survive as an artist, to have quality projects, and continue to learn and grow; I feel now I want to step out in the world. Instead of waiting for people to come to me and say ‘Hey, we have this site, what would you do with it?’ I want to go out and say, ‘I have this idea, I want to do this, and I want to do it here.’ That’s where my current focus is.”

There’s an undeniable spiritual aspect to the work. “What I like about that interpretation is that there’s a sense of the sacred, soulful, divine. If that’s the effect, I feel I’ve succeeded.

“As a Christian, I have faith in what I believe my gift is, and there’s a confidence in that – not an egotistical confidence, but from a deep-seated, soulful, sincere place of believing that’s why I’m here. There are moments when I don’t know why I’m doing it, but I suddenly feel I should go to Home Depot and buy five stacks of wood stakes and stack them and see what happens. That’s how my first sculpture began. It wasn’t in doing massive research about other artists or drawing intently about this idea. It was a thought that came to mind that I should do it, and I did. My entire body of work came from that moment. There are moments on projects like the ¼-mile art piece encompassing the entire beach that said to me, ‘Here it is, what would you do?’ I had a moment of fear because I wanted to do something great, to make sure what I did would respect the site and the place.” 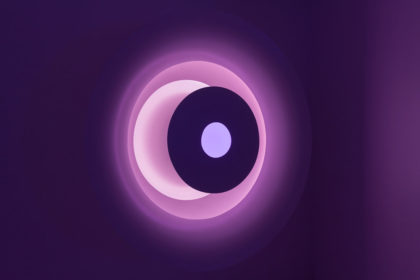 The essential components, Smith said, are context, site, details, craftsmanship, how things are put together, and space. “Now, with the injection of light and color, it goes beyond typical architectural understanding.”

For the rare times he’s not working on a project, he says, “I love what I do and I’m always thinking about it, but I do enjoy hiking into the desert, or taking long drives into the middle of nowhere to be with nature and understand what’s actually important.” He added, “Being in Sonoma is special – I have several collectors here, so it’s nice to reconnect.”

Portals: A Space for Color at SVMA through April 7. 521 Broadway in Sonoma, open Wednesday through Sunday. Svma.org.

Jackie Lee is a Sonoma artist and writer. A supporter of the local visual arts scene in all its forms, her focus is on showcasing individual events and artists. [email protected].