Sonoma County can do more to protect rural residents from fires

Reader opinion by Deborah A. Eppstein and Craig S. Harrison

Last November, the world watched with horror as residents of Paradise tried to escape from an oncoming wildfire on clogged roads, some people so desperate that they abandoned their vehicles and fled on foot. Government can reduce the risk from wildfires. Our county government should properly enforce the state’s fire safe road regulations to stop new development in fire-prone areas and better enable emergency access and evacuation. 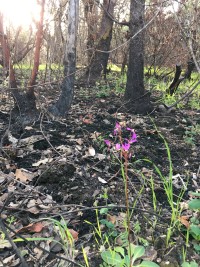 State regulations require minimum standards for developments in State Responsibility Areas (SRAs), which comprise most of unincorporated Sonoma County and are accessed by long, narrow and often dead-end roads. Standards include minimum 20-foot road widths, periodic turnouts, no one-lane roads unless they are under half a mile and connect with a two-lane road at both ends, and dead-end roads only if 20 feet wide and no more than one mile long.

Thirty years ago, in an instance of prescience, the California legislature became concerned about development in fire-prone locations. It directed the Forestry Department to issue regulations to require fire-safe roads for development. It did so in 1991. The county has chosen to exempt SRA regulations for roads built before 1992. This decision excludes most of rural Sonoma County from protection. Yet a 1993 California Attorney General opinion clearly says that state law pertains to all roads, not just those built after 1992.

Sonoma County’s approach is contrary to other California counties. Napa County applies SRA regulations to all roads. In San Diego County, it’s difficult to get a building or business permit at properties without two ways out. Our lawyer, Kevin Block, has informed the county that any permits issued in violation of the standards are invalid.

Our interest began with the location of commercial cannabis cultivation in unsuitable rural areas that impact residents. But the regulations govern all new development in SRAs, including new homes and wineries (but not rebuilding homes after the fires). We didn’t discover these regulations until cannabis program managers, eager to promote this industry and hungry for revenue, slammed door after door in our faces. They refused to allow us to establish exclusion zones even in fire-prone areas, failed to stop projects that don’t meet the ordinance’s criteria, and promoted projects that don’t meet zoning requirements or land-use policies.

The county has allowed inappropriate cultivation projects for two years under its amnesty (“penalty relief”) program on roads that do not even approach meeting SRA regulations. Among them are Cougar Lane, Los Alamos Road, Palmer Creek Road, Matanzas Creek Lane, and Bunnell (Grange) Road. All are dead-end roads over one mile long that are very narrow, some under 12 feet wide. The October 2017 fires burned through many of these areas and destroyed homes. This is not a theoretical issue.

Last month, retiring 30-year Cal Fire Chief Ken Pilmot suggested that California consider going beyond the current fire-safe regulations to ban new home construction in all areas prone to fires. Even if the county continues to disagree with the SRA regulations and excludes most pre-1992 roads from regulation, does issuing cannabis and other permits on unsafe roads make any sense? What could county leaders be thinking?

Deborah Eppstein, PhD is a scientist and retired biotech entrepreneur who lives on Cougar Lane. Craig S. Harrison is a retired lawyer who lives in Bennett Valley.