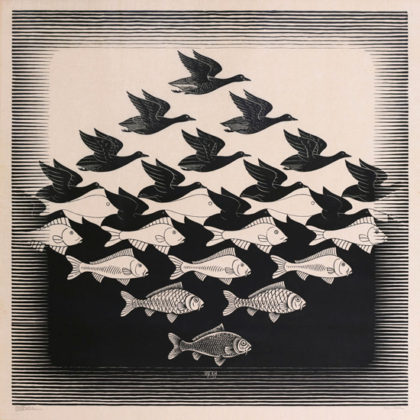 Witnessing the construction of Sonoma is easy, just take a stroll down West Spain Street and the homes rising on previously vacant parcels give ample testimony to the process of ongoing development, a process that’s been taking place more or less continuously since the building of the Mission. By and large, the blueprint for Sonoma’s development was laid down on paper by General Mariano Vallejo in the 1850s, when its borders and parcel map were drawn. The subdivision maps of 1853 remain valid today.

Though the city limits have grown somewhat, in comparison to towns like Petaluma or Santa Rosa, Sonoma’s growth has been quite modest. This finds its precedent in both devotion to city history and Sonoma’s somewhat isolated location away from the Highway 101 corridor, but the present-day instrumentality of such preservation is found in words, the language of law: policies and regulations governing land use. And it is through an attack on words, the laws of land use, that the deconstructing of Sonoma is now proceeding.

Our reliance on words and laws constructed of them characterizes modern western society. The Bible says, “In the beginning was the word,” what the Greeks called “logos,” and upon that monumental dictate western society has been built. Our “logocentric” culture has invested words with the capacity of expressing truth, this despite the frequent ambiguity of language and its ready corruption into a tool of manipulation and commercial vulgarity. Unlike the scientific language of mathematics, which can be empirically tested and proven true or false, the truth of words cannot be proven except through the grammars of logic, themselves built of words.

Herein lies the present route of attack — the weapon for the deconstruction of Sonoma — an assault on words themselves and their conventional meaning in written law. Questioning the meaning of words of law is not new; to the contrary, the history of the U.S. Supreme Court includes exactly that activity. The roots of our logocentric culture underlie our forms of discourse. Thus words like “freedom” or “equality” have been used, evaluated and reevaluated over time and their meaning and application under law have shifted. Setting partisanship aside, such evaluations display the murky depths wherein we inhabit our nominal, word-based reality, a reality at once both mundane and metaphysical, practical and philosophical.

When it comes to land use law, however, erosion of meaning equates to washing away of layers of Sonoma history and culture, and like pristine hillsides, once lost, they are impossible to recover. The best recent example is the proposal to build mansions on Shocken Hill, where a developer’s focus on the letter “s” in the words “building pads” in Sonoma’s development code led to a bizarre shift of meaning from the particular to the general, from reference to a single pad on a single parcel to multiple pads on a single parcel. The city was suddenly confronted by an interpretation of meaning, not unlike Bill Clinton’s recursive statement that “it depends on what the meaning of ‘is’ is. Going forward we will see further linguistic assaults. The terms “urban” and “rural”, “middle income”, and “affordable housing” are all being used as cudgels to pound conventional meaning into submission by subverting textual intent.

As cultures change, the conventional use of language is always vulnerable in this way, and therefore so are land use laws, particularly in our deconstructionist, post-truth era.