Special Report: City of Sonoma is still grappling with its financial information

At the April 1 meeting of Sonoma’s City Council, City Manager Cathy Capriola reported that accounting software purchased from Springbrook in 2013 was never fully installed, and that staff turnover, lack of training, and the press of daily operations are reasons why it is currently not possible to provide the City Council with detailed monthly information about financial transactions within each of the city’s many “funds” except for its General Fund. 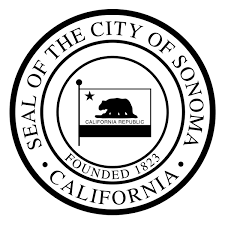 These assertions highlight concerns raised by Mayor Amy Harrington about the city’s ability to properly manage and assess its financial data, to conform with the requirements of the law, and to safely chart its financial course into the future. Accordingly, The Sun spoke to Mayor Harrington, City Manager Capriola, and Deputy City Manager/Finance Director Sue Casey to ascertain the severity of the issue.

Without doubt, Sonoma’s problems with financial management precede the hiring of Cathy Capriola, and she clearly inherited a finance department that had been poorly managed under the previous City Manager, Carol Giovanatto. According to Capriola, since arriving she’s been occupied with the job of assembling and managing an entirely new staff leadership team at City Hall, “playing catch up,” and “getting them all up to speed.” She notes that not only does the Finance Department have all new personnel, but the Planning Department and Department of Public Works have new leadership as well. She says she’s trying to address “inefficiencies” and “putting best practices in place,” which all takes a lot of staff time.

Concerns about the city’s financial management emerged almost immediately after Capriola was hired, well over two years ago, and problems persist. The essential questions raised by the Mayor are why, and when will the problems be fixed?

Like any large enterprise, cities must properly account for income and expenses, but unlike a private business, such information must be readily available to the public. At present, the City of Sonoma accounts for roughly $35 million in finances, which includes the money going in and out of its General Fund, the fund under which basic city operations like Public Works, Planning, Building, and Management reside. The General Fund represents about one-third of the city’s finances. Other city funds include the Water Fund, Cemetery Fund, Information Services Fund, Capital Improvements Fund, and about 40 others.

Municipal accounting standards are governed by a specific set of special rules called GASB, (Government Accounting Standard Board) standards, dictating the manner in which financial transactions are recorded and kept. GASB standards are not the only governing requirements; State requirements and the city’s own Municipal Code establish standards and rules the city must follow in the operation of its finance department, issuance of checks, and timeliness of reports to elected officials and the public.

Mayor Amy Harrington is concerned that city staff has not been providing monthly reports on all funds controlled by the city to the City Council, in violation of provisions of the Municipal Code, and the matter was discussed at the recent council meeting. “Without regular reporting it is impossible for the council to know what our true financial position is,” Harrington told The Sun. “This in and of itself is a serious problem.”

In her staff report prepared for the council meeting, Capriola noted that over the past 10 years, “monthly reports have not been provided,” and she suggested several alternatives to monthly reports, including quarterly or mid-year reports, as is standard in other cities in Sonoma County.

Nonetheless, at the April 1 meeting, Harrington’s concerns generated majority support from the council to direct staff to make regular, monthly reports on the General Fund to the council. “Receiving legally required financial reporting is an essential part of carrying out our fiduciary duties and ensuring the safety of the public’s money,” said Harrington, adding, “We should comply with the clear requirements of the Municipal Code. This information should be easily accessible by council and the public.”

Capriola seemed surprised that financial reporting became a hot-button issue. She says she will gladly comply, stating, “Councils change. They are asking for more information and we will provide it.” She said producing the new monthly report “won’t take too much time” but everything becomes a “staff capacity issue.”

It’s not only the council and public that requires accurate and timely reports; the City is also subject to the Federal Single Audit Act, which is required for receipt  of Federal funds like Road Tax, FEMA, and Federal Grants, even if in partnership or through subsidiary agencies. Non-compliance can result in forfeiture and return of Federal money.

The City’s audits are also backlogged, and Capriola informed the council that “the audit for Fiscal Year 16/17 is near complete.” A new outside auditing firm, Richardson & Co., has been hired to review the current and prior years’ financials. According to Capriola, it’s all part of her plan to become more efficient, in her words, “a lean organization…part of being a small, frugal city,” and that there will be “much more detail by department” available as operations improve.

That the Springbrook accounting software purchased in 2013 has yet to be fully integrated into  Finance Department operations partially explains why comprehensive and regular reporting has not happened. According to City Manager Capriola, Finance Director/Deputy City Attorney Sue Casey was hired in part because she knows the Springbrook system. When it comes to the functioning of the current Finance Department, Capriola stated, “Sue has a tech-savvy staff… together they are improving efficiencies, fixing and tweaking.”

Capriola went on to explain that few on staff knew how to use Springbrook software when it was implemented in 2013, and those that did have left or were replaced; she adds that staff training was never pursued. A week-long, on-site training was just completed.

Software offered by Springbrook today is Cloud-based, and the current budget indicates that’s the version the city is using. Our research into long-term contracts with Springbrook over five years, which includes training, upgrades, and security patches, indicate such costs can run into hundreds of thousands of dollars. In her staff report to the council, Capriola explained that the Finance Department staff has completely turned over during the last 18 months, requiring “transition time as duties are learned and orientation occurred. There have also been gaps in the recruitment process.” Moreover, the city continues to use legacy accounting software called MOMS (Multiple Operations Management software), which it has utilized for at least 20 years for certain accounting functions.

Mayor Harrington correctly alluded to past problems the city experienced when its financial accounting was handled improperly. In 1994 the city’s long-time City Manager resigned along with the outside auditing firm. After years of being told by its City Manager that the city had a budget surplus of one million dollars, a newly-hired auditor discovered that the City of Sonoma was, instead, one million dollars in the hole and had virtually run out of cash. To account for the two million dollar swing, the auditor had to make $41 million in adjustments to balance the books, and found 21 serious, reportable conditions, including non-compliance with covenants related to bonds the city had issued.

As Mayor Harrington noted at the council meeting, it was a terrible mess and it took years for the city to recover. In 1994 and before, the city’s financial records were kept by the City Clerk, at that time an elected official, and due to the discovery of the accounting errors, a Finance Director position was created and new standards were incorporated into the Municipal Code to prevent the recurrence of finance accounting problems. However, City Managers and City Councils over the past decade appear to have been inattentive to the requirements of the Municipal Code and Finance Department best practices. It is this lack of past and present adherence to those standards which is now at issue and has been raised by Harrington.

“The City’s financial reporting requirements first came to my awareness when I became the mayor,” she said. “I realized that a required two-signature check signing process had been converted into the same person signing the checks and stamping the mayor’s name (a one person verification). This led me to review the Municipal Code and discover that we were in violation of our own laws with regard to financial reporting.”

Harrington learned that the City put these financial reporting procedures in place in 1995/1996. “At that time, the City Council was informed that the City had approximately $2.9 million on hand when in fact they had less than $250,000. The City had to begin building reserves from scratch. Even though this is an uncomfortable topic for some, it is necessary to bring it to light and resolve it as quickly as possible.”

As a result of its financial department problems disclosed in 1995, Sonoma’s Municipal Code contains measures enacted by the City Council to prevent the recurrence of such problems. The language pertaining to city finances is clear and straightforward. The Code provisions state that “the finance director shall prepare and present to the city council monthly a written summary statement of receipts and disbursements by departments and funds, including opening and closing fund balances in the treasury.”

Additionally, “The finance director shall, at the end of each fiscal year, prepare and present a written summary statement of all the preceding year’s receipts and disbursements by departments and funds, including opening and closing fund balances in the treasury.”

Not only with regard to required monthly financial reports (as above), the city has also not complied with its own rules in other ways. For example, an ordinance passed by the City Council in 2016 allows the Finance Director to sign checks, but the Municipal Code prohibits it; that 2016 ordinance must now be changed to comply with the law. “Running a city is more complicated than ever,” noted Capriola, and other city practices are being examined and updated; she cited the recent increases in cost-recovery planning fees as an example.

Asked by the Mayor during the meeting about council member liability on fiduciary matters, City Attorney Jeffrey Walter provided a lengthy memo and offered comments. Ultimately, when pressed on the issue of staff compliance, he advised that if the council cannot compel the City Manager to do what it demands, “there’s a larger problem at hand.”

Except for the Public Works Department, the City still does not have a complete set of long-term financial projections for the next five years, something Capriola said is in the works, to see “not just where we’ve been, but where we are going.”

According to Stanley Cohen, a certified public accountant and former Sonoma Mayor, unless its records can be brought up to date, accurate reports and forecasts are impossible and regular city services could be jeopardized.

“Unless the basic financial reporting functions operate efficiently,” Cohen notes, “the ability to supply necessary services could come to a complete halt.” He suggests step one is to catch up quickly and begin providing timely public reports on all funds controlled by the city. “Timely and accurate financial statements are the keys to making decisions that rely on accuracy.” Once that has happened, he notes, a set of forward-looking projections can be created so that variances to those projections can be tracked and analyzed. These are the customary tools used by organizations and governments to buttress the planning process.

Insofar as politics is concerned, Cohen, who served on the City Council for four years, added, “City Council members are required to recognize that they cannot be always be a fan favorite but must take the necessary steps to prevent city finances from falling into the abyss.”

One thought on “Special Report: City of Sonoma is still grappling with its financial information”