The problem of evil 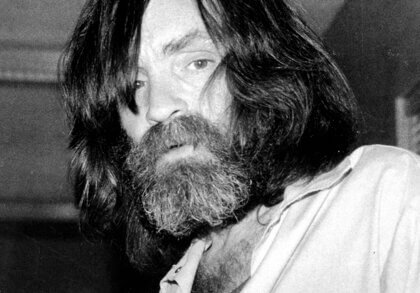 As I see it, evil is the willful infliction of pain and suffering on others. It’s been with us for a very long time, and will continue to plague humanity into the future. Although people have wrestled with the problem of evil in various ways – mythologically, religiously, legalistically, and even magically – no matter the method devised, evil defies solution. In many cases, the proposed solution is revealed as evil itself; the Spanish Inquisition comes to mind, as do the Salem witch trials, but there are countless examples.

The ancient Greeks explained the existence of evil through a mythology that externalized human emotions; it was believed that human beings are controlled by external gods such as Ares and Aphrodite, who played their ways with human emotion and destiny itself. By displacing responsibility in this way, shame and blame were also displaced.

Western religious traditions – Christianity, Judaism, and Islam – dealt with the problem of evil by placing it at Satan’s door, setting up a primal struggle between good and evil. This Manichaean approach relies on acceptance that evil remains a constant force in the universe and can be counteracted only by the equally constant force of good, but like the ancient Greeks, assigns blame externally; “the devil made me do it.”

Eastern religions such as Hinduism and Buddhism use Karma – the effect of past actions, including thoughts – to explain evil. This too is displacement, but displacement into the past, effectively casting blame on the effects of one’s behavior in a previous life. That notwithstanding, frightful demons and punishing hell realms are also part of such cosmology, and theoretically await those who commit evil acts in this life.

Our legal system places evil within the confines of blame. The application of effective causality seeks to assign personal responsibility to our actions and inflict punishment accordingly. This approach eliminates the need to understand evil, and merely seeks to punish it. Although some effort is put into determining motive and/or mental state, these address the nature of punishment, not the nature of evil; ironically, our system of punishment inflicts additional trauma on perpetrators of evil. So it goes.

As psychologist Sue Grand notes in her book The Reproduction of Evil, the perpetrator of evil is generally someone who has suffered as a victim of abuse and trauma, and seeks to escape the torment of that trauma by transferring it to others. These new victims then reproduce that evil by abusing others in turn. However, Grand also observes that evil propagates through a complex system of complicity requiring participation by bystanders. The role of bystander is the act of forgetting; denial, dissemblance, changed narrative, and altered facts all serve to eliminate history and therefore absolve perpetrators. We saw this process at work during Hitler’s Third Reich and more recently in the complicit behavior and willful evasion of truth by the Senate Republicans during the impeachment trial of Donald Trump.

The transfer of evil from individuals to a wider culture-at-large requires an act of mass-forgetting, and when this happens evil is reproduced on an enormous scale. The genocide of America’s Native Americans could only have happened through collective, social acceptance of denial, dissemblance, changed narrative, and altered facts.

Although evil will always be with us, a commitment to gaining a deeper understanding of its mechanisms and our contributing role as bystanders may help us weaken evil’s chain of torment.

One thought on “The problem of evil”