At long last, have you no decency? 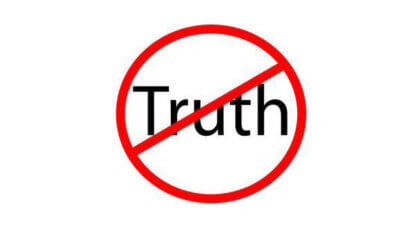 Deplorable things have been said about supporters of Measure W to preserve Sonoma’s Urban Growth Boundary (UGB), and about the residents of Sonoma overall. Vocal opponents of the measure have descended into shaming, personal attacks, impugning the integrity and intentions of Measure W supporters on social media and spreading falsehoods and untruths about its relationship to Affordable Housing. It is worth noting that every fully funded Affordable Housing project application submitted to the city during the past 30 years has been approved. Neither the UGB, NIMBYs nor environmentalists have prevented that. Ironically, during this election, a large Affordable Housing project for low and very low-income residents is nearing completion right now on Broadway, on land the City of Sonoma contributed! When more city funding is available, more Affordable Housing will be built; that’s the way it works.

Considerable damage to reasoned debate has been done by critics of Measure W through their relentless disparaging of proponents, the Sonoma community, and even this publication. Such tactics are generally a sign of weakness; when people stoop to denigrating others it usually means their arguments don’t hold water. We’ve all watched Donald Trump do the same, attack his opponents instead of marshaling cogent arguments in favor of his preferred policy positions. To see that happening here is not terribly surprising but is deeply disappointing.

Healthy debate about policy proposals is valuable and proper; opinions vary and deserve to be heard. However, when Sonoma’s citizens are branded racist supporters of economic apartheid as some Measure W opponents charge, and when a measure placed on the ballot by the Sonoma City Council and supported by all current planning commission members is called a “sham,” opponents have stooped to the lowest form of argument. It’s actually no argument at all, just name-calling that damages honest political dialogue. Denigrating others and questioning their integrity brings nothing positive to decision-making; it simply inflames emotions and generates distrust in the very systems we have created for self-governance.

Measure W critics speak of “poison pills” in the language of Measure W that will prevent the creation of Affordable Housing; this is entirely false. The real poison is the act of spreading such falsehoods. And to claim the intention of Measure W is to stop affordable housing is to question the wisdom and integrity of the City Council, city staff, and the members of the community who have worked to renew the UGB for the past three years. That during this life-threatening pandemic Measure W supporters have relied on financial help from Greenbelt Alliance to educate voters with postcard mailings and advertising is not an indication of anything nefarious; the implication otherwise by Measure W opponents is a descent into paranoia.

In addition to the City Council, Measure W has gained the support of numerous organizations – environmental, labor, and housing. Community approval is strong, and I fully expect Measure W will pass, as did its predecessor in the year 2000, because it provides sound land-use protection from development speculators. By requiring that any land added to the UGB be used exclusively for 100% affordable housing, speculation by high-priced housing developers and commercial interests is prevented.

One thought on “At long last, have you no decency?”