Living in a doctrinal world 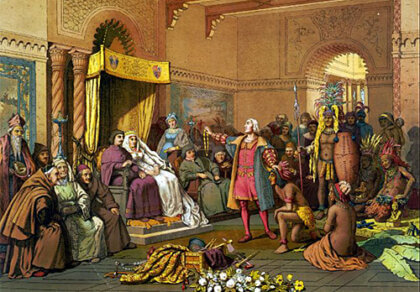 Our cultural narratives, and every culture has them, contain doctrines of belief. These doctrines vary, just as the original languages of separated cultures vary, including vocabulary, word meanings, idioms, and implications. As each of us is born into a culture, so too are we indoctrinated, leading to acceptance of that culture’s particular doctrines as articles of faith tantamount to creating social reality.

Doctrines are no less malleable than the people within cultures, and when influential individuals successfully question or challenge doctrine a process of cultural evolution takes place that transforms the culture itself. Accordingly, religious, political, scientific and social doctrines are subject to transformation, predictably generating turmoil as they impact previously established power relationships, the distribution or use of wealth, and behavior between neighboring cultures.

Some cultures adhere to doctrines in place for thousands of years, particularly religious doctrines. Belief in a single divine being or multiple gods remains a touchstone for billions of people worldwide, although doctrinal evolution within the world’s major religions has fragmented faiths into various sects and denominations; the history of conflict between sects includes active warfare and the exercise of political influence. Religious doctrine continues to stir cultural conflict and turmoil, America’s abortion debate, for example. The idea of American exceptionalism, belief that those living in poverty deserve it and that some races are inferior to others, are all doctrinal.

Scientific doctrine is no less impactful, and it’s not an overstatement to say that scientism has nearly gained the influence of religion. Western science, a quest for understanding of the natural world, blossomed within a humanist doctrine that was stimulated by Europe’s religious reformation and Renaissance fueled enlightenment. Humanism placed people and the elevation of reason at the center of cultural change, and began displacing the agency of religious dogma and the unknowable will of a divine force. At its height of influence, humanism affected religious expression, political philosophy, economic theory, science and education, radically transforming our view of humanity’s role in the world. Over centuries, humanism was subject to the same process of fragmentation that other doctrines have experienced, however; reliance on reason alone gradually undermines itself.

There are those who believe doctrinal differences create the need for cultural warfare; populist nationalism, for instance, relies upon seeking the restoration of an imagined glorious past upon the present to reset altered power relationships. We cannot turn back the clock, however. Given our interconnectedness, we must implement global solutions or we will collapse into mutually destructive regionalism. If this pandemic teaches us anything, it’s that we are one world, one body of humanity, and survival rests on our ability to loosen doctrine and work together in solving common problems of health, poverty, and opportunity.

Ironically, an embrace of humanism might save us. We are, after all, a global family and what we have in common dwarfs our differences, doctrinal and otherwise. If we stubbornly refuse to answer the moment by relaxing our devotion to regional gods, nationalities, cultural forms and outmoded thinking, we’re doomed. The future is in our hands.