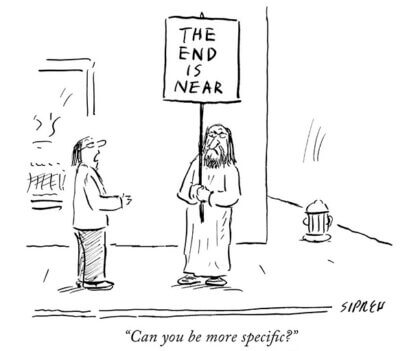 When asked if he were a pessimist or an optimist, the brilliant Bucky Fuller – inventor of the geodesic dome, prefab dymaxion house, and coiner of the phrase ‘Spaceship Earth’ – replied, “Neither. I’m a realist.” His answer was predictably Zen, which is to say he saw being here as a process of working with the world as it is.

As it is our world is the result of individual and collective actions, what Buddhists call Karma. The events set forth by past actions of body, speech, and mind ripen at differing rates of speed, but in this moment countless actions taken by individuals and societies are ripening. We are always playing catch-up with the past while simultaneously committing actions – generating Karma – that must be dealt with in the future.

Climate change, as an example, is the ripening of several centuries of industrialization that’s poured tons of CO2 into the atmosphere, along with methane and other greenhouse gasses. For animal life, including human beings, such rapid change may be impossible to survive. Is it pessimistic to concede this or realistic? Optimists among us, and they would be correct, might say we’ve survived plague, pestilence and famine; we could survive climate change too. Time and the ripening of Karma will reveal the truth.

The arising of animal life on earth is currently explained as the evolution of complexity of living systems – life’s Karma – and that animal life originally arose within the plant kingdom. Certainly, the plant kingdom developed many of the biological mechanisms animal life displays, such as cell division, sexual reproduction, and not least of which, mitochondria. For those of you who cut high school biology class, the mitochondria are the energy factory organelles within animal cells, but it seems, were first inserted into a proto-amoeba from an ancient bacteria. One might surmise the plant kingdom invented animal life. If so for what purpose? Are we simply here to generate soil enriching manure and spread corn and potato plants across the globe?

Animal life and plant life complement each other. Plants produce the oxygen animals need, and animals produce the CO2 that plants require, a very sensible system indeed. But intelligent animal life has ended up producing CO2 industrially, and has thrown the system out-of-balance. The Hopi Indians refer to this condition as Koyanisqatsi; in order to reestablish balance, the living system of earth itself will make major adjustments, a great purification spanning many thousands of years. This is the world as it is.

Various traditions teach that the fundamental nature of being is change. The ancient Chinese I Ching, or Book of Changes, charts the nature of change, providing a tool to free the mind from fixed attachments. Most spiritual traditions incorporate ways to bring one’s attention to this moment, because our actions in this moment are propagating effects. What we think, say and do are consequential. This is what being a realist means.

Right now, amid the current pain of this pandemic and political craziness, it’s easy to tip to into pessimism or optimism; they both provide some comfort – warm or cold – of certainty during these troubled times. How we feel often overwhelms what we know. The ripening of past Karma, however, cannot be changed; only our actions in this moment offer that potential.

The Buddha advised against taking to the extremes. His middle way approach rejected being either cheerleader or doomsayer. Like Bucky, he was a realist. And you?

One thought on “Cheerleader or Doomsayer?”