The Sonoma Hotel Project, dormant for over two years, is back on the well-worn drawing board. Kenwood Investments submitted plans 10 years ago (!) for the 1.6-acre site on the 100 block of West Napa Street. It’s been a series of stops and starts since then, but the project (63 rooms, restaurant, spa, etc.) has been in a long stall since the City Council upheld an appeal to block it. It seems the Environmental Impact Report did not consider potential housing as part of the deal – as required by law. Even if it’s wrangled out later, there’s a requirement that so much housing be considered on that much land. Since the last one failed to do that, the City has ordered up a new EIR. When it’s done, there will be a 45-day public review period, then public meetings prior to a vote-to-certify. Bottom line: here we go again. 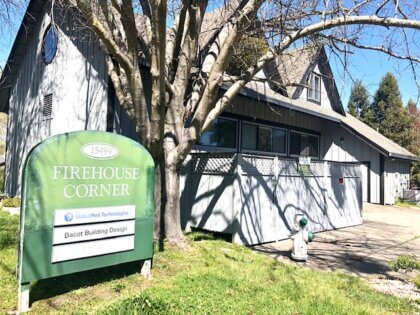 A cannabis dispensary in Glen Ellen, in the old fire station building at Arnold and Madrone, was proposed two years ago. It never happened. Now the idea is back, driven by a new applicant (with ties to the old one?) who reminds all that the business is totally legal. The one sticking point, though, is that the building, converted to offices long ago, is within 100’ of a residential zoning district. Neighbors objected last time, helping kill any chance of the County waiving the distance rule. Count on a similar campaign to deny this plan as well. Just say no to gummies?

In our last issue, an editorial on water in Sonoma – potential shortages, both near and far-term – did two things. First, it brought rain, as any mention of drought after a print deadline is sure to do. Despite that storm, another dry year is likely. So, we talked about water availability (right now, fine), conservation efforts (you’re doing great) and the inevitable growth in demand. When an economy reheats, it takes a lot of water. Hotels fill up, new ones get built. Housing, affordable or not, adds demand. But one point in the piece, about an antiquated delivery system that will eventually be unable to deliver enough water, really got some folks boiling. But it’s clear: although the population of the Valley and City of Sonoma has risen during the past three decades, the size of the pipeline delivering water remains the same as when it was installed. The Sonoma County Water Agency cannot physically deliver the volume of water – 6.3 million gallons a day – Sonoma has contracted to buy. Since the city needs less, that hasn’t been a concern. But when demand grows, as it’s sure to, the pipe in the ground will still be the same size. A report by LAFCo (a state-mandated governmental agency) back in 2006 noted the eventual problem: “Sonoma County Water Agency plans to construct additional pipelines between 2011 and 2026, which will make it possible for the Agency to deliver Sonoma’s full entitlement of 6.3 million gallons per day.” Insert a bit of dry humor here.

A dramatic rescue on Broadway as a lone duck, perhaps rejected by the Plaza pond regulars, wandered into traffic lanes. Flying into action were Mayor Logan Harvey and his wife Lili, restaurant owner Lauren Feldman, and Sonoma’s newest councilmember Kelso Barnett. Together they cajoled and cornered the disoriented duck. It was carefully placed in a box, and relocated to a nearby farm. Civic duty, indeed.

Pat Gilardi is retiring after working with Supervisor Susan Gorin for over eight years as District Director, political advisor, confidant, and chief go-to. While most know of the work of Karina Garcia (see page 14) and Arielle Kubu-Jones (promoted) for their visibility in the Sonoma Valley, Gorin said it was Gilardi “organizing the work for all of us, effortlessly behind the scenes. We will miss her guidance, advice and dedication to our community, and we thank her for being with us during eight long years of fires, power shutdowns and now the COVID pandemic.”

Jim Bohar sits on the Sonoma Planning Commission. He was appointed by Councilmember Rachel Hundley, who resigned in January. Under Sonoma’s curious rule, Bohar’s seat must also be reassigned. It’s up to Kelso Barnett, now in Hundley’s council chair. He can officially retain Bohar, or name someone new.

March Madness has gripped The Eastsider, whose basketball bracket is based solely on team nickname. His tip: “Always take the larger animal.”