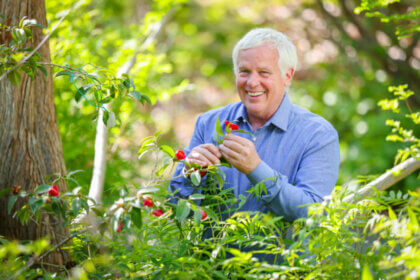 “Adapting our mission to include California botany will allow us to be even more sensitive to wildlife, water, and wildfire issues.”

By Tim Tesconi | Special to The Sun

Scot Medbury, the dedicated steward of Sonoma Botanical Garden, points to rare magnolias and twisting conifers collected from the wilds of China as he drives a golf cart over pathways meandering through a wondrous Asian woodland in the Sonoma Valley.

This other world oasis thrives in what was once a sandstone quarry where rock was mined to build roads in Sonoma County and beyond.

Medbury, 62, has been the executive director of Sonoma Botanical Garden for little more than a year, returning to California after 15 years as president of Brooklyn Botanic Garden in New York. A quick study, he has familiarized himself with the lay-of-the-land and seasonal changes at the 67-acre property where he not only directs operations but makes his home. It’s not everyone who gets to live on the edge of a public garden.

“April and May are spectacular with the flowering trees and shrubs but the fall is gorgeous too when the foliage is an array of red, yellow and orange,” said Medbury, as he leads a tour of the historic property that is both a local landmark and global treasure. Nestled in the foothills of the Mayacamas Mountains, the Garden, open to the public, is located off Sonoma Highway not far from the village of Glen Ellen. 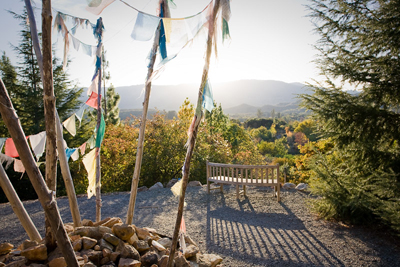 In the wine-rich Sonoma Valley, Sonoma Botanical Garden, formerly known as Quarryhill Botanical Garden, is home to one of the largest collections of scientifically documented, wild-source Asian plants in North America and Europe. There are more than 1,300 different cultivars and varieties in the expansive collection that range from wild iris to Japanese maples.

It’s a horticultural treasure trove for botanists and plant lovers who come from all over the world to marvel at rare specimens like the Snake Bark Maple and mythic Dove or Handkerchief tree. There are Asian lilacs, ash and many varieties of magnolia, which are the blooming stars of the springtime show. The trees and shrubs are artfully planted on hilly slopes and along ponds and pergolas, providing visitors a visual adventure around every nook and cranny.

This Asian woodland plopped into the middle of the Sonoma Valley was the vision – and magnificent obsession – of the late Jane Davenport Jansen, a San Francisco heiress who in 1968 bought the Sonoma Valley property, formerly owned by the Gordenker ranching family, as a weekend retreat. She planted a 15-acre cabernet sauvignon vineyard and entertained family and friends around a pool and lush gardens at her ranch style home.

But along the way, in partnerships with the Royal Botanic Garden in Kew, England and the Howick Arboretum in the United Kingdom’s Northumberland, Jansen used her steely determination and sizeable fortune to create a world-class Arboretum for Asian flora.

Today, Sonoma Botanical Garden is a non-profit organization that primarily relies on Jansen’s financial endowment for its operations as a public garden. The Garden attracts 10,000 visitors each year for what many consider a serene and reflective experience.

But major changes afoot promise to increase the number of visitors and the environmental and educational impact of Sonoma Botanical Gardens as it broadens its mission to embrace both Asian and California native plants including the oak savannahs and chaparral that are part of the landscape of the historic properties.

Medbury said Sonoma Botanical Garden is a proud member of Sonoma County Farm Bureau, the county’s largest and most influential agriculture organization, which shares the goal of preserving native habitat and protecting watersheds. 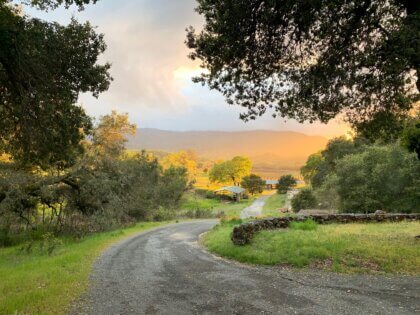 “Sonoma Botanical Garden appreciates the strong connection with other Sonoma County agriculturists and horticulturists that Farm Bureau provides,” said Medbury. “We have so much to learn from other members, and also have a lot to share, and look forward to many new partnerships in the coming months and years.”

Medbury, who studied at UC Berkeley and the University of Washington, became executive director of the Sonoma Botanical Garden a year ago, succeeding Bill McNamara who retired in 2019 after 32 years as executive director. McNamara worked with Jansen to establish the Asian garden, fulfilling her vision to provide a safe haven for plants threatened by the rapid industrialization of Asian countries in the 1970s and ’80s.  Over the decades he accompanied horticulturists from partner gardens on expeditions, funded by Jansen, to China, Japan and India in search of plants for research, conservation and collection.

Medbury assumed the director’s post just before the COVID pandemic turned the world upside down. Over the last year, Medbury, a strategic thinker and respected leader in American public gardens, has been instrumental in fostering the changes he believes will make the Gardens more relevant at a time when challenges like climate change and wildfires threaten California’s native landscape. 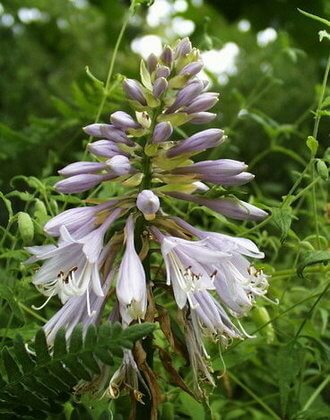 “We hope that encountering specimens of California’s endangered native flora will lead people to an appreciation of plant-conservation challenges around the world, including those found in Asia, and vice versa—that learning about the endangered flora of Asia might inspire local action to save California plants,” said Medbury, raised in Hawaii and the Seattle area but now firmly entrenched in California. “Adapting our mission to include California botany will allow us to be even more sensitive to wildlife, water, and wildfire issues.”

Before heading to New York to take the position with the Brooklyn Botanic Garden, Medbury served as Director of the San Francisco Botanical Garden and the Conservatory of Flowers in Golden Gate Park. Medbury said the Sonoma Botanical Garden’s eight-member staff and board of directors are inspired by the opportunity to use the Sonoma Valley site’s rich collections of plants, both Asian and California native, to engage the next generation of environmental stewards.

Personally, Medbury is excited for the opportunities to make the Garden a bustling education center for local students to learn about native flora and the importance of protecting it.

Jerry Newell, chairman of the Sonoma Botanical Garden’s board of directors, agrees changes will expand the Garden’s footprint and connections to the community. “We anticipate that the new name and enhanced mission will strengthen the Garden’s connection to our community, advancing our environmental-education impact in an era of climate change,” said Newell. 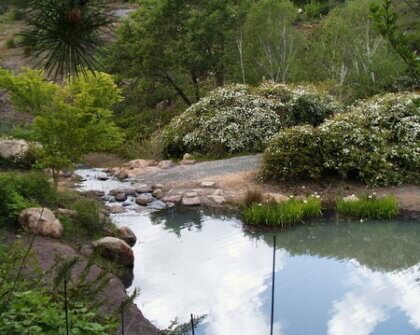 Meanwhile, Newell and other members of the Garden’s board of directors are dedicated to honoring the legacy of Jane Davenport Jansen who worked tirelessly until her death in 2000 to create the Garden and ensure its continuation once she died.

As the Garden adapts to the changing needs of the Sonoma Valley and works to better serve the larger scientific community, it embraces its founder’s vision. The ‘easy loop’ that encircles the hilltop in the historic core of the Garden has been renamed the Quarryhill Loop in tribute to the property’s history and Jansen’s enduring mission.

Tim Tesconi, a longtime writer for The Press Democrat, is a past executive director of the Sonoma County Farm Bureau, for which he wrote this piece.