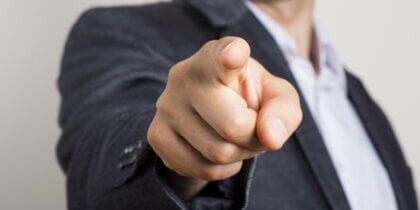 My nearly 30 years of civic engagement, ranging from serving on the Sonoma City Council for twelve years (twice as Mayor), sitting on the Planning Commission, and citizen activism and involvement in ballot measures and citizen appeals, has provided me the opportunity to understand land-use policy from inside and out.

I never liked the NIMBY moniker, or for that matter its derivative YIMBY; these labels marginalize a complex issue, namely affordable housing development, and reduce that complexity to pejorative sloganeering. When argument is reduced to name-calling, productive conversation generally comes to an end.

Having voiced these concerns for a couple of decades, however, it’s obvious that the various forces at play concerned about affordable housing are not about to abandon their name-calling tactics. The rise of Twitter and social media overall has forced dialog into a meme-throwing exercise. I’ve decided that if you can’t beat ‘em, join ‘em. Accordingly, I hereby introduce the latest moniker: ZIMBY. ZIMBYISM is the advocacy of impractical affordable housing solutions that produce a zero chance of ever creating any housing.

I’ve always welcomed the arguments of passionate advocates; changes to the status quo rarely arise from the middle and most often originate at the extremes. This is a healthy process that over time can nudge the glacial forces of government and policy-making off dead center. At the same time, I’ve learned that politics and civic transformation often rely on artful compromise, and that in a democratic society, lack of practicality leads to failure.

ZIMBYS rant about our inequitable society, but while shaming and blaming get some people’s juices flowing, it’s an exercise in rhetorical laziness rather than the hard work of hammering out achievable, real-world solutions. Railing against the defects of society is all too easy; there’s plenty to criticize and much of it is justified, but identifying a problem does not equal solving it. Housing affordability problems, in particular, are complex and so are its solutions. Sloganeering, guilt-tripping, insults and insinuations won’t solve it, only the effort of developing reliable financial resources and real-world land use policies upon which affordable housing creation depends.

With all their haranguing ZIMBYS sound like advocates for affordable housing, but insisting on impractical solutions that have ZERO chance of success affects nothing. Arguing, for example, that all new housing development in Sonoma must include 50% affordable units is not a real-world solution; it’s fantasy-world ideology with zero chance of happening unless, as has always been the case, government funding is available to subsidize it. The real world, like it or not, is capitalist, and unless the investment of capital in creating housing produces a profit, capitalists won’t build it.

Creating a substantial number of new affordable housing units only happens if the political will of government to generate necessary revenue matches its aspiration. If ZIMBYS truly want to help, their efforts should be directed to supporting innovative financial solutions, not shaming and blaming.