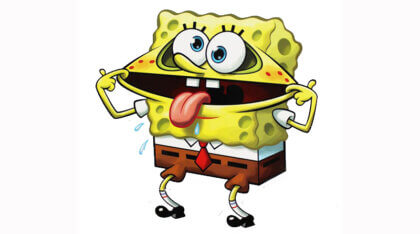 Our word “silly” is derived from Old English, and originally meant blessed or lucky. As so often happens, its meaning changed over time. By Shakespeare’s day, silly had come to mean thoughtless or foolhardy, and it retains that meaning plus another that encompasses amusing or playful behaviors, like making silly faces.

People are silly creatures. We are not alone in this; the young of many animals engage in silly behavior – jumping, nipping, and chasing each other – but generally set such silliness aside as they enter maturity. Not us. Our silliness extends well into adulthood, encompassing relatively playful activities such as sports, story-telling, opera, and ballet, but extending into irresponsibly dangerous behavior like militarism, petty crime, and gun fetish.

Human silliness points to the myth of adulthood. In many respects our behavior remains juvenile and a diversion from the serious challenges we face. Consumerism, for example, a compulsion to acquire the newest, greatest, and coolest, is akin to the way children play with their toys – initially obsessed, quickly bored, frequently destructive, and finally anxious to move on to the next.

All this silliness is a vast distraction from facing up to our problems and treating them seriously. Our leaders give lip service to the various crises facing the planet, talk about “green” this and “green” that, but seem incapable of earnestly addressing them. In recent remarks, Greta Thunberg, the teenage environmental activist, dubbed all this adult silliness “blah, blah, blah.”

“Build back better, Blah, blah, blah. Green economy. Blah blah blah. Net zero by 2050. Blah, blah, blah,” Thunberg recently scolded in a speech to the Youth4Climate summit. “This is all we hear from our so-called leaders. Words that sound great but so far have not led to action. Our hopes and ambitions drown in their empty promises.”

I’m reminded of Aesop’s Fable about the ant and the grasshopper. The ant spends his summer preparing for the harshness and cold of the coming winter, storing away food. The grasshopper dances and plays the fiddle instead. When winter comes, the starving grasshopper begs the ant for food, but the ant refuses. “Dance the winter away,” says the ant. This is the story we tell our children, but the silly adults among us have either forgotten or ignored it. So here we are.

Silliness is sometimes actually serious social commentary. Historically, Jonathan Swift’s Gulliver’s Travels and Rabelais’ Gargantua and Pantagruel used the silliness of satire to draw attention to serious problems. In our time, both Stephen Colbert and Jon Stewart are masters of serious silliness; the forced seriousness of CNN’s Wolf Blitzer, on the other hand, comes across as simply silly.

Will we set aside our childishness before total calamity is upon us? Will we wait until it’s too late? Seriously, are we that silly?