Posted on December 5, 2021 by Stephanie Hiller 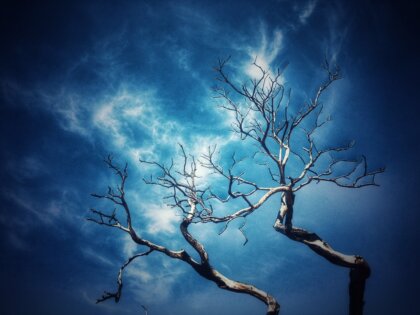 Richard Heinberg, a recognized authority on energy, has just published a new book called Power, which he defines as, well, energy.

He spoke before a receptive group at PraxisPeace, in one of a series of zoom talks put together by director Georgia Kelly under the title, “Planetary Pause,” the period of time bestowed on us during the early, pre-vaccine days of pandemic shutdowns – a good time to contemplate how we progressives would like to envision a renewed and vibrant future in response to the overwhelming threat of climate change and potential economic collapse.

Now, members of Praxis can browse through replays of more than 40 presenters ranging from political heads like David and Margaret Talbot, Thom Hartmann and Helen Caldecott, to ecologists like Andrew Kimbrell and even the wildly post-Jungian psychospiritual insights of Richard Tarnas. Planetary Pause is a brilliant collage of true innovation.

Heinberg’s talk was comprehensive and inspired – but not particularly optimistic.

After years of study of fossil fuels and their potential alternatives he has concluded that we cannot sustain current levels of consumption and growth by simply plugging in solar, wind and lesser-known energy sources and tra-la! driving away in our electric cars.

Alternatives like solar and wind, dependent on weather, are intermittent; vast systems of storage will have to be created along with new distribution grids at enormous expense – utilizing huge amounts of fossil fuels in the process of construction.

The only solution in his view is to surrender our manic addiction to growth in favor of self-imposed restraints, reducing consumption, and creating a lifestyle based on more basic values like family life and the creation of art that do not depend on endless production of more and more consumables by the corporate economy that defines what some have called these final stages of capitalism.

We would have to limit our voracious appetite for fossil fuel gobbling habits like blueberries in winter, airplane travel and indestructible plastics, to say nothing of nuclear weapons, and for that, said Heinberg, we would need a whole lot of social cohesion.

“Social cohesion is our most important asset going forward,” he said. Societies which have built strong cohesion into their social fabrics will have the best chance of moving through the transition from a fossil fuel economy, a transition that will inevitably be stressful and difficult.

Needless to say, ours is not one of those societies right now!

But communities at the local level can take steps to build cohesion in our neighborhoods. “Be a trustworthy person, and trustworthy people will be drawn to you.”

We can shift from reliance on industrial agriculture to gardening, he suggested, a move that has accelerated here as supply chains revealed their inherent unreliability, and people began to rely more on local produce – eating more fruits and vegetables in the process.

In the Transition Town model, which he mentioned, small local clusters of neighbors join forces to share skills like nursing, plumbing, carpentry, and childcare.

Strengthening our local networks of relationships, and sharing whatever we can, is something we can start doing NOW.

Which brings me to the Sonoma Development Center.

The years of community engagement in the process of redeveloping this lovely landscape beloved of so many local people has been contentious and difficult; and now, as you’ve undoubtedly read, the three alternatives presented by the consultants on behalf of the County planning department have not proven satisfactory. But what is interesting is that various community groups that had been at odds over the purpose and process of re-using this property have begun to agree, at least on some central points.

Most stunning is a large swath of agreement that there should be lots of affordable housing, which is a good thing because we certainly need it, and it is required by the state law drawn up in 2019 to guide the development of the property.

Members of the dedicated Glen Ellen Forum were initially opposed to any but the least obtrusive number of new homes in the 200-acre campus area, fearing increased traffic on two-lane Arnold Drive and an incursion of new people, maybe tecchies from Silicon Valley, or wealthy people buying second homes, who threatened to transform their quiet town, push up real estate prices and other, typical nimby-type concerns which were certainly justified in this case. Glen Ellen folk had the most to lose from new development on the campus.

Now we heard them say, at the combined meeting of the three relevant Community Action Committees, that they want more affordable housing.

Even the Sonoma Land Trust and the Sonoma Ecology Center are in agreement on that.

Another point of total agreement is the proposed hotel and resort proposed on a nice little chunk of several acres. Everyone is opposed. No more tourism please!

That’s not surprising of course; but whether prospective developers and realtors would agree is another question.

Everyone, including the California Association of Family Farmers (CAFF) AND the Greenbelt Alliance, even housing advocates support the wildlife corridor, also mandated by law, although some questions remain about how large should be the strip that runs east to west through the middle of the campus.

Finally, all these groups are so dissatisfied with the three alternatives presented that they are demanding a new, fourth alternative be developed in a new community-driven process.

Sigh. I’m fairly sure that the Powers that Be (PTB) are not exactly pleased by the prospect of basically going back to square one when there have already been dozens of meetings ever since word came down that the State was closing the SDC and invited the county to come up with a plan. (The State actually offered to give the property to the county but the BOS turned it down, a move they are likely to come to regret though of course it will be a new set of Supes by that time.)

What makes the process so agonizing is the existence of 200 big, heavy dormitories and other buildings that would be more expensive to rebuild than renovate (we are told) plus an aging and neglected infrastructure all totaling something like $100 million to update. The age-old question: Who Will Pay?

None of the parties mentioned above, nor other enviros, have been able to come up with a plan that will even cover the costs, much less produce profits for the developer.

What will happen? The BOS will review the situation at a special meeting next month. Stay tuned.

Before I go, I’d like to say something about my feelings about the SDC.

As some of you know, I spent quite some time developing and promoting a proposal I wrote for the property, which many people liked but everyone considered to be “aspirational,” which means, “you’re dreaming” or even “you’re out of your mind.”

I wanted to see an eco-village there. Supervisor Gorin had asked for a Complete Community and without any knowledge that a CC was “a thing” (it is) I was inspired by the concept. Calling it an eco-village was a mistake though, summoning up images of hippies, drugs and outhouses. But to be honest I never expected this idea to come to much, and of course it hasn’t. That wasn’t the point.

Of course people said I was dreaming; but my view, now that some time has gone by, is that everyone else is dreaming. Why? Because of climate change.

Climate change is looking like a really big mess. More than a mess. It’s a disaster. Truly awful catastrophes lie ahead. The last great hope for action, COP26, failed to produce a plan of any sort at all. The fossil fuel companies brought in legions of lobbyists, 500 or more, to convince a lot of malleable, stupid officials that the oil companies had the situation well in hand, if only they would be permitted to keep drilling oil during the transition and of course burning it. I don’t know that this is what they said (who does know?) but it’s a safe guess that this is the sort of thing they were promoting: we need more time. Well, buster, we don’t have more time.

Think about what Heinberg said: we can protest, of course, but beyond that, we can’t stop the caissons of climate change from rolling toward (and over?) us. The best thing to do is hunker down.

So what if you had 900 acres of public property to deal with, with plenty of water, lots of fruit trees, and lots and lots of open space for growing food, both produce and protein (think, grazing animals, cows for milkin’, scads of healthy hens) and fiber for clothing (wool, hemp) and, well, I wrote a 13 page proposal which you can read at my old blog, Particle Beams. I’m sure there is lots wrong with it, but it was a vision of a way of life for families – young people building their own simple houses, working the land, growing food, raising their children with the help of grandparents not isolated in expensive retirement homes – well, you get the picture. A walk into the past, if you will. Hard work, sound ethics, fresh air and a community of people making music, holding celebrations and ceremonies, and for the most part taking care of themselves.

A fantasy? Maybe. There’s always the wild card, the thieves and the arsonists, the unforeseen problems, but heck, we’ve been this way before. Village life has been with us since before fossil fuels and one thing about it: it’s not lonely.

Whereas, the three alternatives are the fantasy. By the time this place is built out, ten years according to the consultant Mr. Dhatia, by that time the world as we know it will be sorely changed, and trying to do business as usual may very well look absurd. So far we’re completely unprepared for that future, so we’re likely to have food and water shortages, shortage of fuel, shrinking services, poor healthcare, maybe even no money…and lots of people. I’m sorry, folks, but this is the reality. Not a hotel.

We could be preparing for that unseemly future, setting up a research center to explore the alternatives, conditioning that worn out soil for organic crops, restoring the old workshops, building social cohesion…Creating a new haven at SDC that was once a haven, long, long ago, for people who needed help.

Stephanie Hiller is a writer, blogger and mother who lives in Sonoma.