Posted on January 17, 2022 by Josette Brose-Eichar

I read the book On Bullshit, by Harry Frankfurt, around the time it was published in 2005. Frankfurt determines that BS is speech intended to persuade without regard for truth. The liar cares about the truth and attempts to hide it; the BS’er doesn’t care if what they say is true or false, but cares only whether the listener is persuaded.

I know we think of BS as pervading media, high level politics, and big business, but lately I have been observing how BS rules our little world here in Sonoma County. 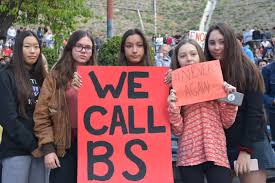 The latest expression of BS floating around the Valley started during the disapproval process of the three alternatives presented by the County for the Sonoma Developmental Center (SDC). There are some saying that those of us who desire much less development, more wildlife protection, less environmental impact are somehow white, racist, wealthy NIMBYs. This narrative is being put forth even though we are promoting that almost all housing planned be truly affordable, as opposed to the 900 to 1,400 units of market rate housing and a large hotel in the three alternatives.

On this same topic, the authors of the three alternatives call an 130-room hotel “boutique.” This is true BS. A boutique hotel is a few rooms, not a luxury resort complex.

We see ‘Sustainable Sonoma’ signs everywhere. You would think sustainable means organic, ecologically sound land use. But, landowners are allowed to put up these signs even though they use herbicides such as Round Up, and pesticides.

We see people labeling housing as “workforce” or affordable, even though the actual assessed value of these properties are six hundred thousand to a million dollars. These properties are not affordable for most of our workforce. The only way at this point their value will come down is if the bottom falls out of the real estate market like it did in 2008.

For me personally, the latest example of BS is centered on cannabis dispensaries. We have a contingent of folks living in reefer madness fear of any dispensaries. We have another group thinking that we are the most progressive city in the state, because we are allowing one dispensary, while at the same time we can have 30-plus wine tasting rooms.

Then we have the Mattsons, a case study in BS. I personally asked their representatives how we could believe they would accomplish all of their grandiose plans for their properties here in the Springs, when they could not even finish a pile of McMansions at Highway 12 and Moon Mountain. A rep responded he wants to change my perception. I was given a list of all they had accomplished, although I haven’t seen anything done at this location for over a year. It sits derelict, surrounded by decaying cyclone fencing and flapping plastic.

While I would like to cut through the BS when I see it, it often results in heated and at times verbally violent battles.  Sometimes I feel like giving up, plopping a tiny home somewhere out in West County, off the grid, and becoming a hermit.