Sonoma Arts Live serves a taste of the Borscht Belt 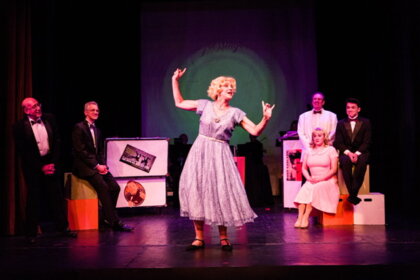 The musical comedy Saturday Night at Grossinger’s, a romp that revisits the Borscht Belt era of summer resorts and night clubs in upstate New York’s Catskill Mountains, plays through May 8 at the Sonoma Community Center.

The Sonoma Arts Live production of Stephen Cole’s play will run for 11 performances on the Rotary Stage in Andrews Hall.

Grossinger’s was perhaps the top name in what once numbered over 500 resorts in the region, offering relief from New York’s stifling heat – and its anti-semitism. The so-called ‘Jewish Alps’ became a popular refuge, often offering top-flight entertainment and stand-up comedy. 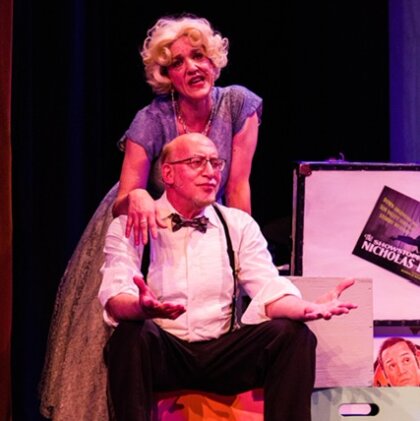 “This show will take audiences back to a time when families spent a weekend or a summer in the Catskills, swimming, dancing and being entertained by some of the greatest comedians, dancers and singers of the time,” says Jaime Weiser Love, SAL’s artistic director. “Stephen Cole’s book and lyrics are just so evocative of a bygone era. If you enjoyed Ed Sullivan as a kid, this show is for you!”

Love directs the show with Larry Williams. This is the team’s second time working with NYC-based playwright Stephen Cole. SAL had a big hit in 2017 with the award-winning Merman’s Apprentice.

“After working with this extraordinary company on the delightfully successful and award-winning production of Merman’s Apprentice, I could not wait to reunite,” Cole says. “Now, after waiting out lockdown and the worst of the pandemic, Saturday Night At Grossinger’s is bringing me back to Sonoma and I could not be happier. So pass me some wine and let me make a toast: My wish is to do one of my shows here every season!” 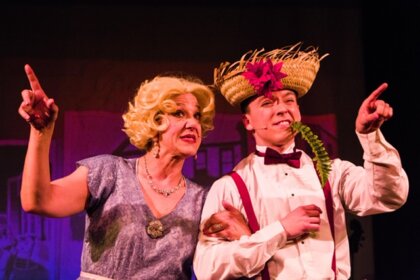 And Merman’s Apprentice star Dani Innocenti Beem headlines the show as Jennie Grossinger, called the greatest hostess of the Catskills. And Merman’s Music Director Sherrill Peterson is back, this time with a six-piece orchestra.

Beem and Harriette Pearl Fugitt were handpicked by the playwright to bring Jennie Grossinger and daughter Elaine to life, Love says.

“If you loved The Marvelous Mrs. Maisel, this show is for you,” Love says.