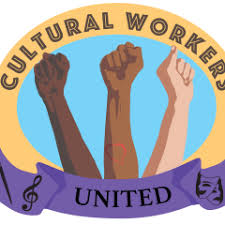 It’s not a pretty picture at the Sonoma Valley Museum of Art, at least behind the scenes, where workers have taken steps to unionize. In late March, staffers that said they represented a supermajority presented a letter to Executive Director Linda Keaton requesting recognition of the Cultural Workers United. But, to inject a gratuitous van Gogh reference, that request fell on deaf ear. “We welcome a dialogue with our employees as we are always looking to be a place of inclusion, equity, accessibility, and diversity,” Keaton said; yet, still a firm no. Then, like a Monet Water Lily to Munch’s Scream, things went from serene to ugly. The union now turns to formal certification procedures with the Nation Labor Board. And the museum, according to organizers, “has retained as its legal council one of the nation’s leaders in the union-busting industry, Jackson-Lewis, an action “fundamentally in opposition to the Museum’s efforts to become a more diverse, equitable, and inclusive space for both the workers and the community.” The pro-union campaign is confident it will win out. “Our supermajority plans to stick together through any anti-union campaign the museum chooses to engage in.” Prepare for a long Blue Period. 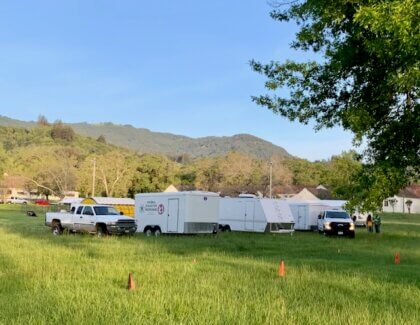 Did you feel the fake earthquake on April 28, or did you not get the pretend memo? State agencies chose the Sonoma Developmental Center campus for their annual emergency-response drill. About 700 first responders took part, dealing with “numerous building collapses, multiple casualties, trapped or missing victims, damaged roads and bridges, and  uncontrolled release of hazardous materials.” Again, only a test. 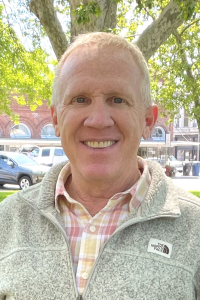 The City of Sonoma has named Mike Berger as the new Director of Public Works. Berger has more than 30 years of civil engineering experience, and comes to Sonoma from the City of Napa’s Department of Public Works. Here, he’ll oversee a departmental budget of over $10 million and a staff of 20 full-time employees responsible for the city’s water and transportation systems, parks, and cemeteries. He replaces Colleen Ferguson, who retired after nearly five years on the job… Berger grew up in Sonoma, attended Santa Rosa Junior College, and earned a Civil Engineering degree at the University of California at Davis.“Having grown up in Sonoma I already have a deep appreciation for the City, its history and citizens,” he says. “I’m very excited about applying my diverse skills and experience in municipal public works to a community that has always been very dear to me.”

The Sonoma Valley Education Foundation will bring its signature fundraising event, the Red & White Ball, back to a live-action bash on Sonoma Plaza this summer, unveiling a new format. With a more casual approach and a cheaper price tag, the traditional gala will now be a “community celebration,” says Angela Ryan, SVEF executive director, including picnic-style dining and a more family-centered vibe. “We’re thrilled that the generosity of our donors has given us the confidence to host a more inclusive event that helps families, donors, and the community at large feel more invested, engaged, and connected to our public schools and one another.” Ticket sales ($40) open in June, with sliding scale pricing available. Save the date: August 27. 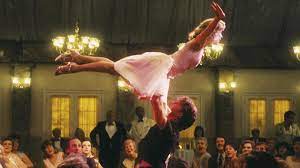 Remember the movie Dirty Dancing, when Baby and Johnny had the time of their lives? The setting was a fictional Catskills resort based on the real-life Grossinger’s Catskill Resort Hotel, the gem of the Borscht Belt. That in turn inspired  Saturday Night at Grossman’s, the musical comedy now getting a Sonoma Arts Live production at Andrews Hall. One of the stars is Dani Beem. “I’m having a wonderful time embodying Jennie Grossinger and getting a tiny glimpse into this long lost incredible world of luxury and entertainment,” Beem told Page 3. “My only experience up until now was watching Dirty Dancing. The history is so rich. It’s a fun and funny and touching show.” Schtick that on your calendar.