Where and what, exactly, is Glen Ellen? How far does it extend beyond the post office and saloon? The concept is under serious discussion. The North Sonoma Valley Municipal Advisory Council, which reports to the County Board of Supervisors, wants to declare once and for all the boundaries of the Glen Ellen community to be as follows: the entire area encompassing the Glen Ellen zip code (95442), the entire area encompassing the former Sonoma Developmental Center (zip code 95431); and the area commonly known as the Rancho Madrone neighborhood. The panel contends “the area to be falsely characterized as consisting of two or more separate communities. Notwithstanding occasional differences of opinion, residents of Glen Ellen agree that we share a common geography, history, and sense of identity, and recognize ourselves as a single, undivided community with many shared interests.” Contiguous at last! 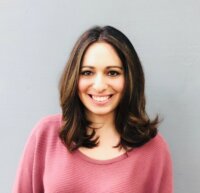 The Sonoma Valley Unified School District has filled three top school administrator spots, promoting the High School vice principal to the lead job, and filling posts at Flowery Elementary and Adele Harrison Middle School. Molly Kiss (above) is Sonoma Valley High School’s new principal. She was hired a year ago as vice principal after serving in that job at San Francisco’s Galileo Academy of Science and Technology. At Flowery, long time teacher Liliana Zepeda is the new principal. And Danna Rocca, the current Petaluma Junior High School assistant principal, is the pick as vice principal at Adele Harrison Middle School… The hires were announced by Superintendent Dr. Adrian Palazuelos, phase one of his “best and brightest” staffing campaign. Board approval is expected.

An emergency response drill (fake earthquake, fires, toxic fumes, the usual) took over the Sonoma Developmental Center for two days. On May 25 comes another exercise that will only look scary: a managed burn at Van Hoosear Wildflower Preserve. The skies, to the west of El Verano, will fill with smoke, but no worries – it’s a prescribed, controlled burn of invasive plants and grasses. All smoke, no emergency.

Sun columnist Bob Edwards makes a strong case for Carl Tennenbaum for Sonoma County Sheriff. “Any suggestion that Assistant Sheriff Engram can or will implement changes demanded by the voters who approved Measure P is wishful thinking. Remember, his current boss and the unions representing his fellow employees are trying to overturn Measure P in the courts. They, too, are backing Engram.”

After a two-year hiatus, Call of the Valley, a popular feature length documentary on Sonoma Valley’s history, will screen at the Sebastiani Theater on Saturday, May 21. Filmmaker Julie Morrison combines rare historic images and vivid cinematography with interviews of local historians and longtime residents (Breck Parkman, Arthur Dawson, Peter Meyerhoff and more) to tell the many tales. She was asked for a few nuggets. “If I must pick,” she relented to The Sun, ”I am very impressed by a couple of little known facts that I learned. Breck Parkman, for example, explains that while many people in the Valley are proud to be a sixth or seventh generation Sonoman, Native Americans trace their ancestors back 600 generations as they have been here for over 12,000 years. I also really like a little known fact that there were German POWs living in Windsor during WWII who were bused to ranches throughout the Valley to work in the fields. The Sangiacomo family, for instance, had POW workers who helped pick pears.” The screening starts at 2 p.m. 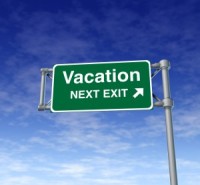 A 500-percent spike in applications prompted the Sonoma County Board of Supervisors to put a 45-day moratorium on new vacation rental permits. The rush of applicants was likely prompted by the promised unveiling of an updated vacation-rental ordinance, scheduled for August 2, which may limit or stop permits in certain neighborhoods. Then again, and although the County acknowledges vacation rentals “pose a risk to the public safety, health and welfare of the county and its residents,” the new ordinance has been under formal study since December of 2020. Late check-out, indeed.