A day of national protest against gun violence came to Sonoma with the ‘March for Our Lives,’ one of some 450 rallies across the country. The call for “common sense national and state gun safety restrictions” was organized by March for Our Lives, a youth-driven organization first created by students who survived the mass school shooting in Parkland, Florida, in 2018. The Plaza rally numbered about 175 people, estimated Neva Baer, one of the organizers. “Some people brought their small children holding signs,” said. “We had a good response also from teenagers who showed up.” The extreme heat sent many protesters to seek shade under the nearby trees, and there was one profane heckler, she said.  “We did talk to a few people walking by who said ‘there should be more guns,’ if you can believe it.” Sadly, yes. Even in a country where guns are the leading cause of death among people between the ages of 1 and 19 – more than vehicle crashes, drug overdoses or cancer. That militia of yours? It needs regulating. 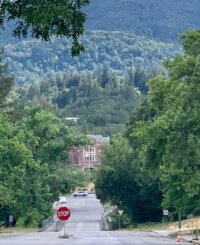 During the laborious saga of the Sonoma Developmental Center, as it transits from state property to a 180-acre island of housing, hotel and whatnot, did a voice for Native American concerns ever emerge? Surely the land has historic and cultural significance to tribes that, legend has it, predated immigrants (developers included) and named the area the Valley of The Moon? Thinking cynically, maybe it’s for the best – nobody really wants to see a group of white lawyers emerge to claim casino-building rights for their clients.

But once they get into their pretty little homes, argues safety proponent Stewart Saunders, how will the residents get out safely in an emergency? The ingress/egress is limited to two-lane Arnold Drive, and could not handle a full evacuation. The fires of 2017 were problematic, he says. Adding 800+ multi-tenant units would be a dangerous complication. “One stall, accident, or abandoned car, and everyone is trapped.” He’s calling for full disclosure regarding the evacuation danger. “Selling the SDC property does not absolve California’s Department of General Services of its responsibility to protect the public.” 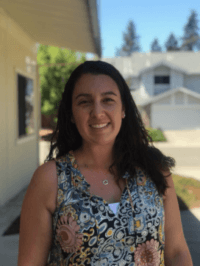 Taking a summer break from fretting about how the school district will run out of money and, eventually, actual students, a bit of good news. Laura Thomas, who has spent nearly a decade with the Cotati-Rohnert Park Unified School District, is the new principal of Sonoma’s Prestwood Elementary School. The position became vacant with the resignation of Jennifer Montgomery. “My experience as an elementary teacher and leader over the past ten years has provided me many opportunities to grow as an educational leader, and I am honored to bring this experience to the Prestwood community and learn with them,” Thomas said. With the CRPUSD, she taught at both lower and upper elementary school grade levels, and served as an Elementary Assistant Principal. “As I look back on my career, a dominant theme emerges – that every student is  unique and has their own story to share… Thomas is the fourth top administrator to be named by the Sonoma Valley Unified School District in less than a month. She begins her new job on July 1.

Former San Francisco Mayor, effusive politico and in-the-know raconteur Willie Brown is the first guest in the re-launch of the Sonoma Speaker Series. A perfect choice. He’ll dish on August 8 at the Hanna Boys Center. Tickets on sale soon. 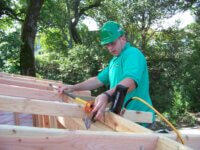 Summer camps are great: kids explore and learn and get exercise; parents get to hear what silence sounds like, and take naps. The North Bay Trade Introduction Program, coming to Hanna Boys Center, is a bit different – a series of tuition free classes to introduce ages 18+ to an apprenticeship in the building and construction trades. Vocational Training Program Director David Yale says, “you have to provide opportunities for people to learn about themselves and find a pathway towards a living wage in life. That makes a tangible, real difference to these kids.” The conference offers a daytime class schedule from July 11 to August 4, with stipends possible for low-income participants.

Ready now for its final weekend of The 39 Steps, Sonoma Arts Live had to cancel shows last week when one of the staff came down with Covid. The show is a comic mash-up of all things Alfred Hitchcock, so just wondering: are you sure it wasn’t The Birds flu?