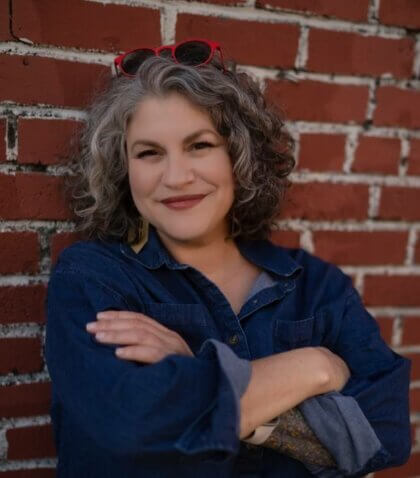 Spread offers both to-go and dine-in options, either indoors or on the sunny patio. 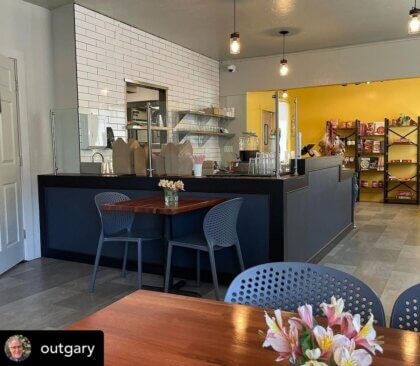 “Opening a cafe/restaurant is something I’ve dreamed about for decades,” says Topham, a third generation Lebanese-American. “I always loved cafe culture as a kid growing up in San Francisco and Los Angeles as a teenager, then in New York, and especially on my trip to Lebanon, I saw firsthand how that culture is an integral part of a thriving community.”

Topham grew up in Burlingame before moving to New York City for 15 years. She graduated from the French Culinary Institute in 1999, cut her teeth as a line cook at The Savoy in New York City and as chef of Tuller Premium Food in Brooklyn, before heading a call to travel where she became a chef to the superyacht industry cooking all over the world. 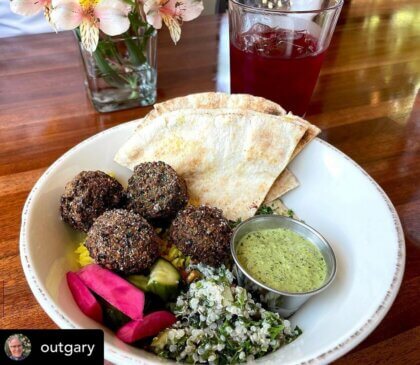 “Our menus will change seasonally as we source much of our ingredients from local farms and producers throughout the Bay Area,” says Chef Topham. “Respect — for the ingredients, my customers, and the people I work with — is the cornerstone for my business.”

The Chef de Cuisine is Nick Urban. The two met through mutual chef friends during the pandemic when her drop-off business started growing and she needed extra help in the kitchen; it was ‘hummus at first sight’.

Urban was born in Hawaii and once he chose to pursue a career as a chef, he attended American River College in Sacramento, graduating with an A.A. in Culinary Arts and Restaurant Management. Nick and his family later moved to Wine Country where he joined the team at Santé, while he was there, it earned a Michelin Star, were included in San Francisco’s Top 100 Restaurants.

“When I began working with Cristina, I was shocked to see how much lemon and garlic goes into this cuisine!” says Urban. “‘Needs more lemon!’ rang through the kitchen for our first couple of weeks working together until my palate adjusted. It clicked once I understood the ingredients, flavors, and techniques that make this cuisine so beautiful. I look forward to continuing my culinary journey learning about the cuisine of Lebanon and sharing my love of it with the Springs community.” 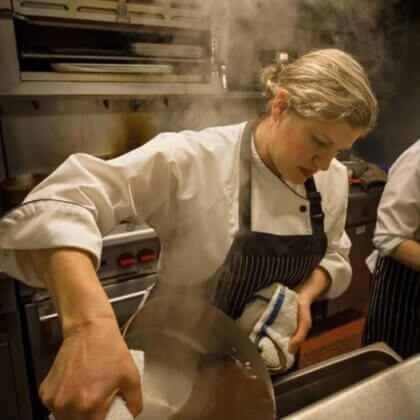 Spread Kitchen will offer counter service with seating for 14 people inside, and 30 outside. There is also a retail area with spices, pita chips, swag, cookbooks and more. Chef Topham will continue Spread Catering’s services as well as Sonoma’s Friday Farmers Market and Napa’s Saturday Farmers Market as staffing allows.

There is a free public parking lot a block south of the restaurant on Highway 12 at East Thomson, across from La Michoacana.