The evolution of All-About-Me 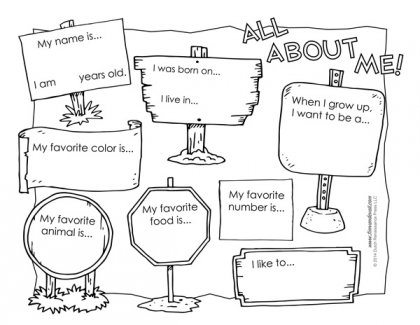 At the beginning of 20th century, coincident with the rise of high technology and the advancement of science – the telegraph, radio, personal automobiles, and the shift from agrarian to industrial culture – the way people related to each other and themselves began a major transition: from All-About-Us to All-About-Me.

All-About-Us was never entirely universal, of course. Personal life has always intruded upon social life, and despite an undue focus on individual freedom Americans hewed to the value of community and personal sacrifice. When World War One broke out, boys by the millions enthusiastically entered the military and fought overseas, my grandfather among them. At the same time, modern culture began to fracture in new ways. As usual, it was artists and writers who manifested this most visibly.

Impressionist painters like Van Gogh and Monet set the stage for the more abstract Picasso and Braque who introduced cubism, and surrealist/Dadaists like Man Ray, Rene Magritte, and Marcel Duchamp. Writers James Joyce and poets T.S. Eliot and E.E. Cummings transformed the use and understanding of language. A psychological interiority became prevalent, and the power of authenticity shifted from public personae to personal expression. As the 20th century reached middle age, this trend blossomed into beatniks, hippies, experimental theatre, electronic music, and psychedelic drugs, all of which contributed to a hyper-subjective, All-About-Me movement. Individual expression and personal honesty became our cultural style, typified by humorists and comedians like Lenny Bruce, Mort Sahl, and George Carlin.

In the 1980s, postmodernism highlighted the significance of relative truth and the workings of systemic power and privilege. As the century drew to a close, cell phones, the Internet and social media further pushed an intense form of subjectivity forward. All-About-Us became cliché while All-About-Me took charge. Now well into the 21st century, All-About-Me is in open conflict with All-About-Us. Identity politics, alternate facts, disinformation, and anti-intellectual movements like QAnon promote versions of history and culture that suit subjective beliefs about society, science, and religion. A recent incarnation is the fetal rights movement, which applies the All-About-Me ethic to the unborn.

One may consider all this “Sturm und Drang” simply as expressions of liberal and conservative thought, what some call “the swing of the pendulum,” but what’s happened is far less political than psychological. A form of hyper-individuality has taken hold, a self-as-celebrity trend that fills the newsfeeds of Facebook and TikTok. At the same time, it’s no coincidence that the civic sphere has withered. Voting rates are low and efforts are being made to lower it further. Democracy, the political expression of All-About-Us, is suffering not just here but globally, succumbing to All-About-Me personality cults and political despots. While an excess of All-About-Us leads to stultifying conformity, an excess of All About Me leads to egoistic chaos.

Modern democracy began in the 1700s as an outgrowth of enlightenment period thought about freedom and liberty, but over three centuries has morphed into All-About-Me mass-hysteria with narcissistic, paranoid, and schizoid features. The spate of mass-shootings in schools is symptomatic of a society suffering psychic disintegration; plans for posthumous fame as a mass-murderer reflect the ultimate nihilism inherent in All-About-Me.

Untethered from community and each other, our humanity is lost.