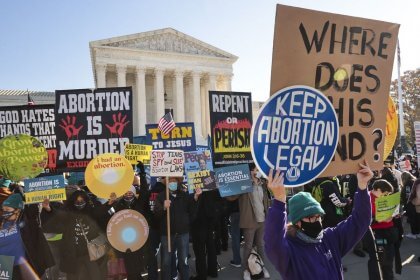 When a scientifically based approach is used, progress is expressed mathematically. Lifespan, rates of illness, industrial accidents, childbirths, poverty levels, housing availability and similar factors are measured, and our progress as a culture evaluated accordingly. This fact-and-data-based method posits progress as success or failure, but like any statistical approach, it’s value is limited when applied to any particular, individual life. That the American lifespan has increased over the past one hundred years is a statistical truth but provides cold comfort to families who’ve lost loved ones this year to Covid-19. Real life is not simply about odds and probabilities.

Archeologists evaluate human progress through analysis of the built structures, tools and discernible habits of prehistoric people who did not use written language. Their conclusions about progress are based upon levels of technological development and use of man-made materials. In this way, the story of “The Three Little Pigs” encapsulates our notion of progress; the fragility of the homes made of straw and sticks gives way to the durability of the home made of bricks. The ravages of nature, embodied by the huffing and puffing Big Bad Wolf, are defied by progress. In this way, our view of progress has been wedded to technology, a pseudo-evolutionary idea that technological improvement always represents human progress. The analogy falters when we consider the manufacture of illegal Fentanyl or the islands of plastic waste floating in the Pacific Ocean.

A values-based approach to evaluating progress is nearly impossible. Values are cultural artifacts and vary widely. To Islamic fundamentalists, some fundamentalist Christians and Hasidic Jews, the emancipation of women is not progress. To the contrary, some see efforts to restrict a woman’s ability to make her own reproductive choices is seen as progress. Thus establishing a firm and consistent definition of human progress is a matter of competing opinion and who controls and exercises the power of law.

Today, even the definition of democracy as human progress has run into trouble. Cultural progress evaluated through values-based criteria creates conflictual power struggles, and in a democratic society the push and pull of who controls the levers of power is ongoing. On the one hand, there are those of us who believe extending civil rights to the LGBTQ+ community, providing contraception services to teenagers, and subsidizing the creation of affordable housing is progress; others believe precisely the opposite. For ultra-conservatives, progress is stopping change, or even turning back the clock.

Ninety-nine percent of the species of life that have existed during earth’s multi-billion year-old history are extinct. If progress equals duration, it’s hard to make the case that life on earth has progressed at all; the dinosaurs had a great run that lasted hundreds-of-millions of years, but for all that they disappeared. Homo sapiens have only been around for perhaps a couple of hundred thousand years. If progress equals gaining wisdom, well, self-conscious humans have foolishly used our inventiveness to create nuclear weapons; it doesn’t measure up. Perhaps we should abandon the idea of progress altogether, in favor of just showing up.