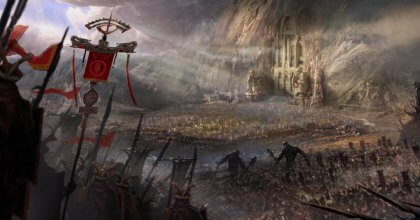 One could easily conclude that mankind is warlike; some would even argue that warfare is a natural, even beneficial activity, an opinion shared by Homer, General George Patton, and today’s bevy of nationalistic leaders. War and its competitive derivatives – economic, cultural, and religious – appear to serve as engines of humanity, expressions of animal aggression built into our very being.

An exercise of both acquisition and expenditure, wealth accumulation and its disposal, warfare channels our primal fearful, desire-driven, predatory life-force of survival, simultaneously glorifying itself while cringing in horror at its deadly effects. It’s like opiate addiction, a compulsion simultaneously soothing and suicidal.

Sigmund Freud connected war to a death drive, a traumatic force within humanity every bit as powerful as the urge to survive. The duality of self and other fuels constant anxiety about who’s friend and who’s foe, but however severe the ravages of individual psychosis, when men gather as armies or mobs, havoc reigns supreme. So noted Shakespeare, J. R. R. Tolkien, and countless observers of our affliction. Aggression, violence, and death: our greatest fears and favorite entertainment.

Up until the creation of nuclear weapons, beating the shit out of each other was generally safe, if ugly. Under pre-nuclear conditions, we stabbed, shot, gassed, shelled, raped, and brutalized each other with naive gusto. Homer devotes most chapters of The Iliad to recounting gruesome ways of death during the Trojan War, and the glory and honor it bestows. Tolkien’s apocalyptic battles for Middle Earth explore Manichaean themes of good vs. evil, fables about the risks of unleashing mankind’s heart of darkness.

Nuclear weapons haven’t changed the agenda; ironically, they have instead facilitated the exercise of traditional warfare, now seen as the lesser evil to Armageddon. My entire life, I’ve been living under the threat of nuclear annihilation, the specter of death, a siloed cypher for the constant, though repressed, awareness of the end of life every living person endures. By now we all know the post-apocalyptic vision: a bleak, poisoned world roamed by shattered survivors scratching out a meager existence from the charred ruins of civilization – our modern version of Hell. But the threat of using nuclear weapons works well as tool of intimidation; Kim Jong-Un of North Korea and Vladimir Putin of Russia are happily saber-rattling their ICBMs.

This raises a question: how best to respond to nuclear-armed bullies? The war in Ukraine provides ample opportunity to test our answers. The United Nations, created to resolve armed conflict, seems helpless and paralyzed by nations entrenched in nationalistic policies, weapons sales and political propaganda. America’s current strategy is to play a game of nuclear chicken with Russia, while holding the world’s population captive in the role of chickens. This game of threat and posture employs all the accoutrements of traditional war, including armies, tanks, mortars, drones, and the slaughter of countless innocents, women and children. Sadly, there is no workable strategy to avoid nuclear war at present except hope and reason.

In the game of warfare, there are no winners, of course. Stained by blood, the players cannot clean their hands, and in Shakespearean form go mad with guilt or humiliation. War rages within us all, a nasty legacy of our predatory nature we seem unable to escape. Our only salvation is transcendent wisdom that dissolves the duality of self and other and calms all suffering. May it be so.