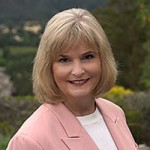 Off to a fresh, wet start

Happy New Year! I hope you had a joyful holiday season and that your 2023 is off to a good start, rain included!

And what a start we have had. This morning rain poured down on my roof, and I thought it would never end. I thought of so many who are suffering through these series of atmospheric rivers, one after the other, overflowing the banks of our streams, creeks and rivers. The heavy gusts of winds continue to down trees and power lines, leaving many without power for hours or days.

The County has set up a number of community charging centers in the West County to provide refuge for those without power, and an evacuation center at the SC Fairgrounds. The County has issued flood evacuation warnings along the low-lying areas of Russian River, predicting peak flood levels Monday and Tuesday. And we know that Schellville and the low-lying areas along Fremont Drive have flooded significantly once again, prompting road closures. 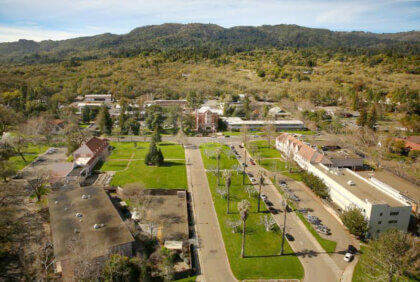 SDC Developmental Center. This might feel like old news at this point, but I wanted to write in reflection on the December 16, 2022 Board of Supervisors meeting on the Sonoma Developmental Center (SDC) Specific Plan and Final Environmental Impact Report (EIR). It goes without saying that the SDC is a hot topic in the First District, as evidenced by the number of community members who participated in the marathon Board meeting both in person and online. To the Sonoma Valley community: thank you for showing up and sharing your perspective, not just on December 16 but at countless meetings over the years.

So first, a brief rundown of some highlights of what was approved at the Board meeting:

The Board decision came as we closely approached a December 31st deadline from the State of California to approve the Specific Plan and Final EIR. While I would have been more satisfied with a smaller number of base units, I agreed to work through this compromise with my board colleagues toward the end result of 620. I thank them for their diligence in diving into the details large and small, and for listening to the voices of the Sonoma Valley and their concerns over wildfire evacuation, maintaining the wildlife corridor, and addressing housing affordability in the Valley. While we may not agree on everything, I am hopeful that the plan we approved will allow for the creation of a vibrant addition to the region for all residents – workers, families, retirees, and anyone lucky enough to call this Valley home.

In parallel to the county’s specific planning process, the state’s Department of General Services (DGS) has been reviewing proposals submitted by development teams interested in purchasing this site after issuing a request for proposals in the summer of 2022. These parallel state and local processes have caused some confusion in the public and, now that the SDC Specific Plan and Final EIR have been approved by the Board of Supervisors, you may be wondering, what’s next?

While I have not been informed of an exact date, my expectation is that DGS will choose a developer this coming spring or early summer.

Another related item that was raised at the Board of Supervisors meeting is the topic of a Community Benefits Agreement for the redevelopment of the SDC. A Community Benefits Agreement with the developer can include any number of agreed upon benefits, amenities, and/or mitigations, under common themes such as labor, parks and recreation, parking and traffic, and many more. They also work to build trust and partnership between a developer and the surrounding community.

I expect the conversation around a Community Benefits Agreement to begin when the developer is selected, and will be a great way for the community to continue to participate in shaping what they’d like to see at SDC, codified by a Developer Agreement defining details of the project and timeline and process for construction.

Relatedly, while it will take some time for the state to select a developer, and then even longer before anything is built on the campus, I hope we still approach the conversation from a positive, aspirational angle. The SDC campus is an invaluable asset to our community, and will continue to be so as it takes a new form: a site of much needed affordable housing, protected open space, a potential climate research hub… and what else would you like to see?

I know that not everyone is satisfied with the result – I count myself, in some ways, among you – but I am proud of the balance our board and Permit Sonoma staff were able to strike, and look forward to the next steps in the journey as we enter the next phase.