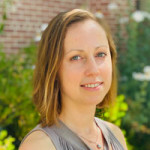 The commodification of creativity 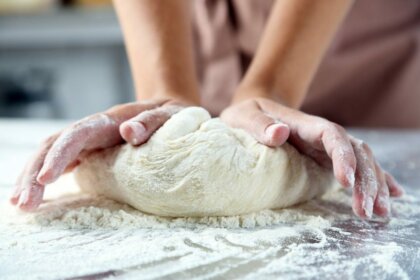 For the past ten years or so, I’ve been baking sourdough bread. Every day I faithfully feed my starter, and every Saturday I use it to bake two loaves. It takes a day of rising, turning, shaping, and proofing – but around 8 pm those steaming, golden, airy bakes come out of the oven just in time for the weekly cheese and charcuterie dinner my husband and I share after the kids are put to bed. It’s the highlight of my week.

Every once in a while, someone asks me if I have any plans to turn my baking into a “side hustle.” By which they mean: do I plan to monetize my hobby and sell my bread?

My answer is always no. Given the time it takes to bake sourdough, the numbers just don’t work out. But I understand why they’re asking. These days it seems like everyone is turning their hobby into an Etsy store, a local business, or an otherwise money-making gig. It makes me wonder about the relationship between capitalism, craft, and creativity. What is the purpose of creativity – is it about imagination, or is it about production (and consumption)? Or has capitalism elided the difference between the two?

And what happens to creativity in an environment of market competition? Capitalism claims that competition is necessary for innovation, which I think is similar to creativity. The belief is that without competition, there will be no drive to develop new products and solutions. Does this then mean that competition also makes for better craft? Better art? Or does monetization corrupt the purity of creative expression?

Obviously art has been bought and sold for centuries. And some of today’s most famous works – the Sistine Chapel, the Night Watch, the Mona Lisa, just to name a few – were made on commission. So monetization itself, it would seem, doesn’t hurt. And after all, artists deserve to be paid for their work. Things become more questionable, though, when art enters the realm of commodification and mass production.

But enough has been said and argued already about what capitalism does to the quality of art and crafts. What I’m wondering about more is what happens to the artist’s or artisan’s experience of creating when monetization comes into the picture. What happens to your relationship to your craft when you get paid for it? Does it feed your creativity? Or does the pressure to get paid stifle it instead?

Likely it’s a question of motivation – and different people have different reasons for monetizing their hobbies. But I imagine there’s a fragile balance between the need to make money, and the drive to just create. The truth of the matter is that I don’t think people are turning their hobbies into side hustles just because they want to improve their craft, or level up in the quality of their work. I think it’s symptomatic of the state of our economy, and the fact that a regular paying job is no longer enough to fund the basic American dream.