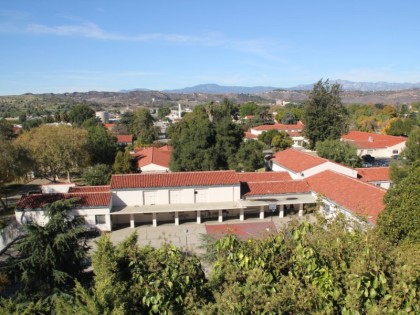 The 302-acre property would be transferred to Cal Poly for academic purposes and to expand its Innovation Village development, a hub of companies involved in science, technology, and research and development work.

The closure of the developmental center represented a huge economic development opportunity for Pomona and for the region, developers have said.

The property’s size and location on the western edge of Pomona and near the 57 Freeway offered the possibility of carrying out innovative projects that would have benefited the city and the region for years to come, developers said.

“The city is disappointed that the governor’s budget indicates uses for Cal Poly, because we had been very hopeful the city would have a role in planning the reuse (of the land), and we weren’t able to do that,” said Pomona City Manager Linda Lowry. 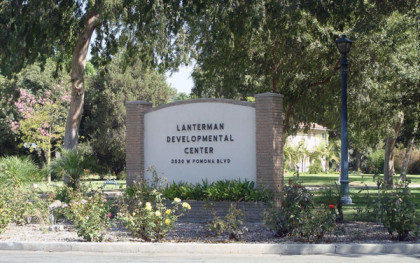 Setting the property aside for Cal Poly is “certainly an opportunity that we’ve been locked out of,” she said.

Before Cal Poly can take possession of the Lanterman property, the Legislature must approve and adopt the budget, said Emily Velasco, Cal Poly spokeswoman.

“We’re hopeful and we’re in negotiations with the state, but it’s not anything definite,” Velasco said. “It’s really up to them at this point.”

For more than eight decades, the Lanterman Developmental Center was home to people with developmental disabilities.

SDC Lanterman closed due to several factors including the potential cost of infrastructure improvements required by state and federal governments.

Some Department of Developmental Services personnel are still on the property dismantling equipment, packing files and operating an outpatient clinic for former Lanterman residents, Lungren said.

Velasco said at this point Cal Poly would use the property to extend Innovation Village, which is relatively close to Lanterman.

Innovation Village is currently home to 16 tenants of which six are directly tied to Cal Poly, Velasco said. Other organizations include the American Red Cross Blood Services and Southern California Edison.

“It would be an office space we would lease out to companies that have an interest in developing partnerships, where they would offer internships and we would maybe partner on research projects,” she said.

Under Cal Poly’s control, the Lanterman property would also be used for academic purposes, but the university has not developed any specific plans at this point, Velasco said.

The Spadra Ranch, which is used by the university’s College of Agriculture, abuts Lanterman, she said.

While the state budget states that California will not appropriate specific money for the property’s development, Velasco said Cal Poly is able to use the state funds budgeted to it on any future project at the site.

“It just means the state isn’t paying out of its own budget,” she said.

Jason Henry and Monica Rodriguez | Special to The Sun. This article first appeared in the San Gabriel Valley Tribune.

One thought on “Closed SoCal developmental center will go to university, not private developers”