General Plans have become a routine part of planning; California state law requires, for example, a housing element that is reviewed every five years. Looking to the past to understand how our community envisioned its future and discovering what, if any, of that vision came to pass is generally rare. Thus the efforts and lessons of history are often forgotten.

Here we take a peek at how the future looked in three past General Plans: 1964, 1974 and 1985. Of the three, the 1964 plan is a Valley-wide plan and the City of Sonoma comprises only a portion of it, but it’s notable for its long-range forecasts and its attachment to a future dominated by freeways. Had that vision come to pass, it’s likely our Valley would look more like the South or East Bay than the semi-rural oasis it is today. In other ways it and the other plans contain valuable insight worth recalling. 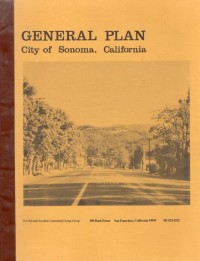 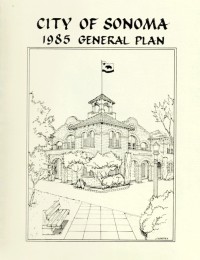