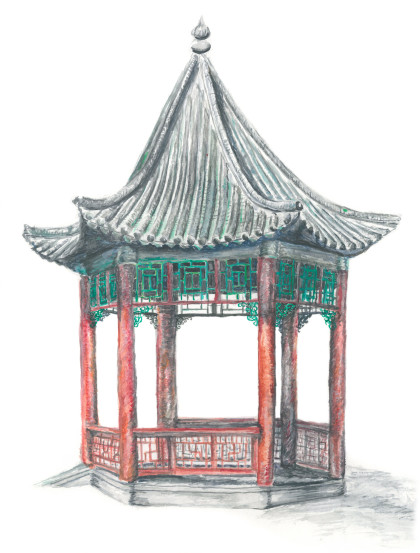 As the culmination of the group’s Wine Country Chinese Legacy Project, the structure would commemorate the efforts of the Chinese immigrants who contributed to the growth of the wine industry.

“Most Americans are probably aware that Chinese laborers worked to construct the transcontinental railroad in Northern California, which became a key backbone of commerce across the country in the late 1800s,” said spokesperson. “Less known is how Chinese farm workers planted and tended the first vineyards in Sonoma County.

To honor those efforts of the Chinese immigrants, SPSCC launched the legacy project. The proposed design received full and final approval from the Sonoma City Council on September 7.

The SPSCC is seeking support for this effort.