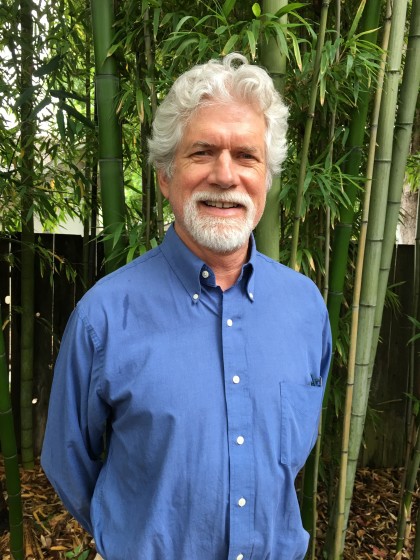 I understand you were a teacher, Matt?

Yes. Though I’ve lived in Sonoma County for 40 years, and the City of Sonoma for twenty-seven years, I taught mostly in the Vallejo school system all that time, in the elementary grades. I retired one year ago, and I will admit I miss the kids but having weekends free of school preparation work feels nice.

Do you have a family?

My wife and I have raised two children, a daughter now twenty-two years old and a son now twenty-six. He went hiking on the Pacific Crest Trail, though this year he says it was more like mountaineering with all the snow. I’ve served for the past year on the Community Services and Environment Commission (CSEC) here in town, dealing with the environment, open space and city parks.

Tell me more about the work of the CSEC.

Honestly, most of our commission time is taken up with supervision and planning for special events, especially on the Plaza. There’s this “push and pull” about the Plaza – more events or fewer? We try to find ways to reduce the impacts. But I’ve also tried to bring up some new items, like improving bicycle access and bicycle parking on the Plaza. I’d like to see a few car parking spaces converted to bicycle parking. When it’s made more visible, more people will think about biking rather than driving.

Where bike share is offered, it’s expanding quickly. San Francisco, Oakland and Berkeley are going from offering 700 to 7,000 bikes, with ads promoting their use funded by Ford Motors! But these areas are much more densely populated than the City of Sonoma, so I’m not sure if it’s viable here.

Sounds like you have a special interest in the environment?

I received my degree from Sonoma State University in Environmental Studies; environment has been a life-long interest of mine. I focused attention on reducing construction debris, which comprises a huge percentage of what goes into landfills. On the CSEC and personally, I’ve been working on encouraging special event organizers to reduce waste generation, for example by not using any single-use plastics like water bottles and to provide water “filling stations” instead. I’m also pushing for a “no styrofoam” policy. It’s complicated, a work-in-progress; economics, convenience and habits all play a part. But plastics are a severe hazard to wildlife due to size and shape, like drinking straws that get stuck down throats and lodge in other places. Plastic drinking straws are zero percent recyclable.

Yes, plastic is a huge problem.

Compared with metal, paper and glass, plastics have the most environmental impacts, Most people don’t realize that the idea of recycling of plastic was developed and promoted as part of a marketing campaign by plastics manufacturers as a deflection from possible mandatory regulation of excessive packaging. The first anti-litter campaign — maybe you saw it, the one with the Indian chief crying — was actually funded by packaging manufacturers in an effort to shift the discussion of possible government agency regulation of waste to one of individual, “personal choice.” The cigarette industry did precisely the same thing for many years. “Choice” was actively promoted as a substitute for rational regulation of consumption and waste.

One thought on “Under the Sun: Matt Metzler, city commissioner”