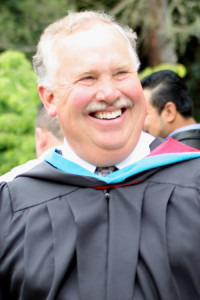 Crandall, who has served as principal of the school since 2004 and has led the high school through its initial and subsequent accreditation processes, expressed optimism, as well as a bittersweet feeling about his decision.

“I have poured my heart and soul into our school these past fourteen years, and it will always be near and dear to me,” he said. “But I feel now is the right time for me to step aside and let others lead the school.  I am excited about returning to fundraising and believe that is the platform from which I can have the greatest impact on Hanna Boys Center.  I am looking forward to helping the Center prepare for a major capital campaign that will completely revamp the entire school and dining facilities.”

Brian Farragher, Hanna Boys Center CE), said Crandall’s leadership at the school has been nothing short of extraordinary. “We owe him a tremendous debt of gratitude for what he’s done,” he said. “At the same time, I’m enthusiastic about his new role in our fundraising group. He brings a wealth of experience, and I think is uniquely positioned to engage with our donors, many with whom he already has strong relationships.”

Tullus Miller, Hanna’s Board chair, had this to say about Crandall’s transition, “I have to admit I’m a little sad, but I fully support Dennis’ decision. I know that everyone—including me—will sorely miss having him at the helm of our school. His leadership these many years has been authentic, charismatic, and rock-solid.  I more than welcome his continuing support as a key organizer for our great organization.”

A search for a new school principal is expected to be launched later this month.