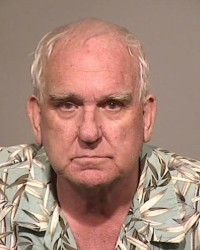 Paul Dwayne Kilgore, once the athletic director for the Boys & Girls Clubs of Sonoma Valley, has been found guilty of six counts of child molestation. The jury found that Kilgore, 70, had committed the offenses against multiple victims, who were all under the age of 14.

He was arrested in September of 2016. Dwayne Kilgore, 70 years old of Sonoma, was found guilty yesterday by a Sonoma county jury of six counts of child molestation following a three week trial. The jury also found true an allegation that Kilgore had committed these offenses against multiple victims, who were all under the age of fourteen years old.

“This defendant abused his position of trust in a way that’s hard to fathom,”  said DA Jill Ravitch. ” During the trial evidence was presented showing he had abused children going back decades.

Kilgore was arrested in September of 2016. The investigation began after a witness observed the defendant in a hot tub at Parkpoint Health Club in Healdsburg talking to two young boys about their genitalia.

Officers learned that one of the boys, who was 11 years old, had been sexually abused on multiple occasions by the defendant, starting when the boy was 6 years old. The crimes had occurred in the locker rooms at local pools, and in the defendant’s bedroom. Further investigation led to two additional victims making disclosures. More about the investigation.

During the trial four additional witnesses testified to incidents where Kilgore had molested them. Those crimes could not be prosecuted as they were barred by the statute of limitations.

Kilgore will be sentenced on May 2. “We hope this verdict brings some solace to the victims,” Ravitch said.