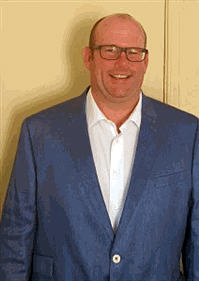 Chris Petlock calls himself a “progressive guy.” He’s also a populist and a reformer who doesn’t believe the old adage that says citizens can’t fight and can’t beat city hall.

“The city council, city staff and consultants appear more interested in protecting themselves and their own interests, than the interests of the citizens of Sonoma,” Petlock said.

It’s Sonoma’s version of “Watergate” and it involves the politics and finances of water.

Overt the past year or so, Petlock has emerged from anonymity and become headline news. In the process, he has made some enemies and lots of friends and allies, including Ken Brown, the three-time former mayor of Sonoma and a council member for 16 years.

“Chris is very analytical and a number’s guy,” Brown said recently. “He knows what he’s talking about. He’s just what the city needs right now.”

Born and raised in Pennsylvania, and a resident of Sonoma since 1994, Petlock thinks a lot about water and about the health and well being of the environment. For nine years, he served on the City of Sonoma’s Services and Environmental Commission.

In more than the obvious ways, water shapes his daily life. Yes, he takes showers; yes, his wife and their daughters also take showers. There’s always laundry to do and dishes to wash. Plus, there’s a lot more than meets the casual eye. When Petlock leaves home, goes to work and sits behind his desk at the Valley of the Moon Water District (VOMWD), he thinks about water for most of the day. His credentials serve him well. With an MBA and degrees in accounting and finance, he’s the Administration & Finance Manager.

He also stands wholeheartedly behind the mission of the WOMWD which is “to provide customers with reliable, safe water at an equitable price and to ensure the fiscal and environmental vitality of the District for future generations.”

All that and more, Petlock claims, is absent just a short distance away at the City of Sonoma Water Division which buys thousands of gallons from the Sonoma County Water Agency and delivers them to hundreds of customers, for a price, of course.

Petlock is also the founder of and the spokesman for the City of Sonoma Taxpayers, a group of local citizens that has called for a full, public disclosure of the financial records at city hall and that are as murky as the Russian River after a storm.

Petlock argues with passion and with clarity that the democratic process has gone awry in Sonoma.

“The city council met in closed session and voted in secret about financial matters,” he said.

The secret session, which took place in June 2017, seems to be a violation of the Brown Act, that was adopted by the California State Legislature in 1953, and that guarantees the public’s right to attend and participate in meetings held by local legislative bodies.

Jeffrey Walter, the attorney for the city of Sonoma, explained in a letter dated January 10, 2018 and mailed to Petlock at his home, that even if actions were taken “in closed session,” and were indeed “violative of the Brown Act, the City has cured those violations by holding properly noticed public meetings.”

In that same letter, Walter insisted that to comply with Petlock’s demands for transparency would “potentially straightjacket the Council’s deliberative rights and obligations, forcing it to guess when it was violating or not violating” the Brown Act.

Many Sonoma citizens would have given up the fight had they received Walter’s two-and-a half-page, single-spaced letter. Indeed, it’s a model of lawyerly gibberish, and nearly impossible for an ordinary person, or even a policy wonk, to understand.

Petlock has remained steadfast and undaunted. He now has a long list of complaints, not the least of which is that the City of Sonoma Water District illegally fixed water rates. That’s strike number one.

In support of his argument, Petlock points to a California law—“The Right to Vote on Taxes Act”— that stipulates that voters must approve tax hikes—which Sonoma citizens have not done. Not only that, but the city, he insists, has also “misappropriated public funds.” That is strike number two.

Money collected via the water tax has helped to keep the city financially afloat for years, Petlock argues. To buttress that contention, he points to the illegal transfer of money from the water fund to the general fund.

He has facts and figures from the city’s audited financial statements and budgets that show that $6.5 million dollars are involved. Then, too, city officials have not been able to prove conclusively that the funds in the water account have actually been used for what Petlock calls “water related activities.”

He doesn’t have all the financial records—the city hasn’t released them—but he says that the water funds were “most likely used for regular operating costs, including salaries.” That is strike number three.

City officials, Petlock insists, have inflated operating costs, even during economic downturns, when belt-tightening would have been prudent.

Over the next five-years, Sonoma water rates are scheduled to go up yet again. The city already has some of the highest rates in the North Bay and now there’s talk of a 40% increase that would impact everyone, and especially people on fixed incomes.

What’s most alarming to Petlock is that the city of Sonoma appears to be running dangerous close to empty. Others in public life share his views. Sadly, there seems to be no obvious or immediate way to replenish the already depleted water fund, or give citizens a refund for taxes illegitimately collected.

Over the past ten years, Petlock himself has paid more than $7,000 for water, a figure that’s much higher, he believes, than the actual cost.

He may soon be in a position to reveal what has been hidden from the public. Indeed, Petlock is a candidate for city council and has popular support from people like former mayor, Ken Brown, and from citizens in all walks of life.He has gathered more than 700 signatures on a petition that he drafted that calls for the city of Sonoma to “end the financial mismanagement of taxpayer money” and to “avert disaster.”

“Petlock is our only real hope,” one civic-minded citizen said, though he also argued that increasingly voters in Sonoma feel that the political process is “rigged.”

In a recent email to this reporter, Petlock said, “We could sue the city of Sonoma. A law firm is interested. But a suit would be expensive and would cost citizens more than they’ve already paid. It may actually push the city over the edge and into bankruptcy.”

Petlock added, “I feel like the least costly path is to get folks on the council with an eye to oversight and strong leadership.”

In Roman Polansky’s murder mystery film, Chinatown, the detective, Jake Gittes, uncovers the hidden links between water and power, though he’s powerless to save his client and to protect the innocent.

At the end of Chinatown, a cop tells Gittes, “Forget about it.” The end of the Petlock movie hasn’t yet been written, but clearly he’s not about to forget the citizens of Sonoma or the issues he has raised, including malfeasance and mismanagement.