Screen time — then and now 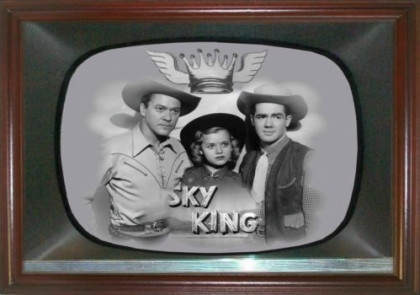 Much is being made at present about the effects of screen time, particularly on children. Screen time, of course, refers to the time spent engaged with one’s smart phone, iPad or laptop, which by all accounts has skyrocketed to epidemic proportions. Issues of attention deficits and addictive behavior have arisen, not to mention the effects of the content delivered on such devices. Ironically these very same concerns were expressed while I was growing up in the 1950s and televisions were found in most every living room in America.

Early television programming was graphically and technologically unsophisticated; much of it was modeled on theatrical principles and even included programs with curtained stages where performers would speak to the “audience.” The Ed Sullivan Show, which featured a variety of performers, is one such example, and the Jack Benny Program began and ended on a curtained stage, as well. Content was king; the technology itself was a simple, one-way information and entertainment delivery system much like its predecessor, radio.

I’d come home after school and plunk myself down in front of the TV to watch such fare as Sky King or The Three Stooges, televised Hollywood one-reel movie shorts from the 30s and 40s. There was some original kids programming, but it too was pretty mild. For younger kids, Howdy Doody–the marionette puppet–and a wide-ranging cast of stereotypical characters like Chief Thunderthud and Mr. Bluster, served as appropriate children’s fare, alongside the Mickey Mouse Club. Captain Kangaroo served as the period’s softer, more “educational” character. “Watching stupid TV again, I see,” my father would say as he arrived home from a day’s work. Yet, no blood was shown; the televised violence of the 1950s was antiseptic. That content has completely changed, and current television is a blood-fest of bullets, gore, dismemberment, zombies, torture and deadly explosions.

Screen time today includes something entirely different. Content is delivered–movies, television series, pod-casts and the like; however, the other elements of modern technology have no precedent, namely it’s virtually instantaneous feedback mechanism. Digital wireless technology has enabled an extendable, interconnected social network, a globalized feedback loop that can be customized by each individual. Customization allows creation of “tribal” networks, false identities, fake news, affinity groups, cyber-bullying, security hacks, “phishing”, credit scams, identity theft, black markets for drugs and weapons, and 24/7 encrypted messaging. Much of this hides behind a curtain of technology ignorance on the part of most screen-users, whose private lives are unwittingly exploited.

I grew up part of America’s TV Generation–looking back–a time of innocence. Those growing up today are immersed within a complex and far from innocent media environment which shows signs of ever more sophisticated manipulation. The readiness with which new technologies are embraced insures that those who prey on others will suffer no shortage of unwitting victims. The lure of the screen is too powerful; resistance is futile.

Media critic Marshall McLuhan foresaw all this coming; presciently, in his 1972 book “Understanding Media” he wrote of re-tribalization engendered by electronic media and subsequent fragmentation of society. We are just now witnessing the fulfillment of his prophesy as traditional standards of modernity are discarded in favor of long-standing resentments, ethnic conflicts, gender dynamics and political allegiances. Ironically, the technology that with one hand unifies the world simultaneously tears it asunder with the other.