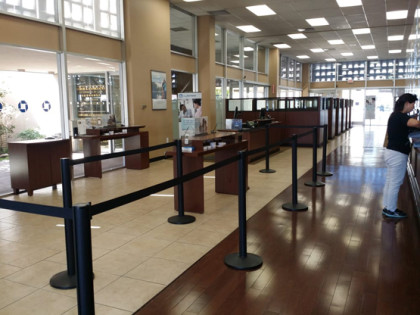 There seems to be a persistent impression that the City of Sonoma has run out of land for new housing. If we’re talking about tens of acres of undeveloped land for tract housing, that’s correct, but Sonoma decades-ago rejected construction of large-scale tract-housing development on adjacent vacant land in favor of in-fill. It was this decision that fueled passage of the Urban Growth Boundary (UGB). That was eighteen years ago, and since then the city has built an average of 65 new housing units each year, precisely the number specified in its Growth Management Ordinance regulations (a one percent/year population increase) and in line with Association of Bay Area Government (ABAG) regional housing allocations.

When redevelopment agencies were eliminated after 2011, the State of California threw out the affordable housing baby with the Redevelopment Agency bath-water. What was a reliable source of millions (making city issuance of housing bonds possible) was never replaced, a terrible policy mistake. Sonoma’s inclusionary requirement (regulated affordable units must equal 20% of the units built when market-rate development over five units is approved) is now almost the only source of regulated affordable housing (regulated means by law the units must remain affordable to lower-income residents for 55 years).

Unless Sonoma wishes to abandon its identity as a small-scale rural town and adopt a profile more like that of Petaluma (now swollen to a population of over 60,000), the land we have inside the UGB for future housing is what we have to work with. The UGB has functioned exactly as was intended; open agricultural space is protected and denser, in-fill development within Sonoma is being built. Casual observers, however, think no housing opportunity sites remain.

I went to Westamerica Bank on a recent Friday; it’s the first time I’ve been inside for a while, and it was an eye-opener–virtually empty of both customers and employees. Only three employees were seated amid ten desks on the open floor, two teller windows in operation, and only three other employees visible behind the tellers. As for customers, I was alone. What I describe is true for banks in town overall: mostly empty buildings, vacant parking lots, abandoned desks, and a diminished number of customers walking into bank locations. Online technology has replaced most routine banking activities, and valuable real estate is underutilized.

A growing number of commercial properties (what we now call “brick and mortar” locations) within city limits are widely underutilized, creating a huge opportunity for them to be redeveloped with housing. In many cases, existing structures themselves provide spaces for conversion; in other cases, second story housing additions are viable. In yet other situations, underutilized commercial parcels (largely parking lots with crappy old structures) can be scraped clean and entirely new buildings built. Seven percent of the real estate in Sonoma is zoned “commercial” and much of it is, or will be, available for modification that includes new housing.

Continuing to consider only undeveloped parcels as housing sites is deeply mistaken. The UGB’s in-fill requirement forces developers to be increasingly creative in the use of under-utilized parcels, and the result is greater housing diversity, innovative designs, better planning–and all this without sprawl.

The city must fully commit to generating revenues to support regulated affordable housing; available land is the least of our problems.

2 thoughts on “No land left for affordable housing? Hogwash!”