Tribute on the mountain 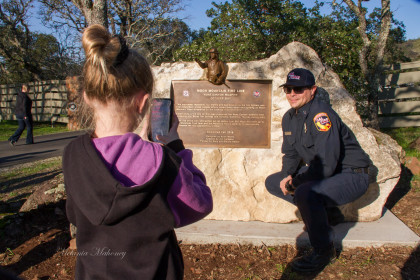 In October of 2017 fire raged on Moon Mountain. The blaze came down toward the Valley floor, and threatened to move south and imperil denser neighborhoods. The area, indeed all the Springs communities, were evacuated; the danger of an unstoppable conflagration was very real. That’s when firefighters drew the battle lines and created a fire break, making their stand on this spot in the 800 block of Moon Mountain Road. 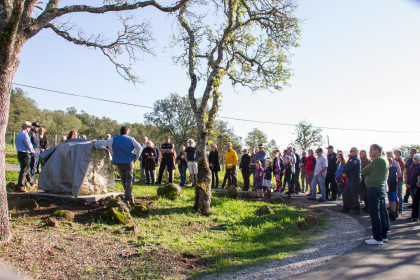 That heroic effort is now commemorated by a monument commissioned by Marcia and Gary Nelson. The 7,000 pound bolder and plaque, designed by Keith Wicks and created by Jim Callahan, now sits at the Nelson’s driveway, “a symbol of our heartfelt appreciation of selfless dedication.” 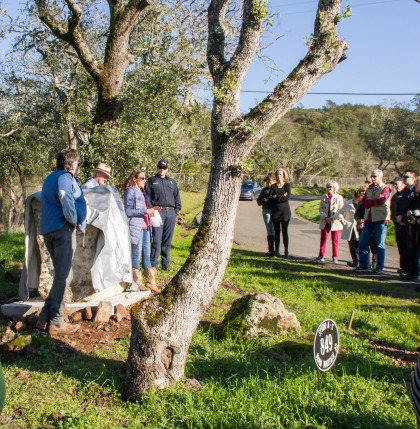 For Marcia Nelson, the inscribed boulder — strong, simple, natural — is not only a tribute to firefighters but a symbol of a community coming together. At the January 12 unveiling, she said the piece “is resilience made manifest. In the future, people will look and realize, ‘Something significant happened here.’” 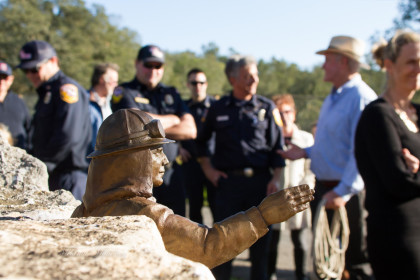 Most outward signs of the fire, the ravaged trees and brush, are largely gone now, covered by new growth. “Nature heals quickly,” she said. “People don’t.”