Sonoma’s Department of Parks and Recreation 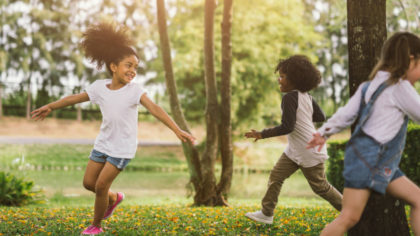 First of all, there isn’t one. Though it’s been talked about for years, the City of Sonoma still has no Parks and Rec Department and relies instead on various nonprofits to offer public programs. The city contributes considerable? funding to the Boys and Girls Club, Community Center, Vintage House and Sonoma Ecology Center, and these nonprofits provide some community-serving programs of the sort typically offered by a parks and rec department. We feel it’s long past time, however, for the city to do more.

Funding, of course, is the major obstacle, for both staffing and facilities. And adequate, flexible facilities is the key to a successful parks and rec program. This means identifying a location for a multi-use facility and securing the funding to design, construct and maintain it. In other words, the city needs millions of dollars for a project like this, and at the present time, it doesn’t have it.

It’s reasonable to ask, in a community like ours of such wealth that multi-million dollar homes are common and new mansions abound, why isn’t funding available? The answers of the past indicate it’s been a matter of priorities or downright necessity. When the city found itself virtually bankrupt in the mid-1990s, setting money aside for community projects was an impossibility for six years as reserves were built and normal operations restored. After that, funding government pensions became challenging, and then in 2011 the loss of redevelopment funding from the state whacked the city’s budget. Budget deficits in the Cemetery Fund, Emergency Medical Fund, and General Fund have all determined spending priorities.

Thus, although over time the city’s revenues continued to grow, it also continued passively funding some nonprofits to help provide the customary Parks and Rec Department activities, rather than creating a long-term plan for its own Parks and Rec Department. And here we are, in 2019, and still no plan is in place. Meanwhile, the cost of land and construction is higher than it’s ever been and the financing bar just keeps rising.

We can all hope that some super-wealthy benefactor will jump in and take the lead on a project like this, but it’s unlikely; the days of Andrew Carnegie (benefactor of the Carnegie Library building in the Plaza) are long gone. It’s almost impossible for government to raise taxes, and as preserving the Castagnasso Farm illustrates, gathering millions from the ordinary public is a huge challenge. So what is the solution for our growing community?

We believe the funding solution will only come through new fees placed on development, a process called “exactions.” Exactions are fees uniformly applied across development (both commercial and large residential development), often in the form of a price per square-foot fee. The soon to be adopted Housing Impact Fees are an example of an exaction, and courts have widely supported the legality of such fees. In other communities, exactions are used to fund public art, parks and special projects of community benefit.

Compared to other communities, the City of Sonoma has been a bargain for developers, who are asked little in the way of exactions. But all that’s needed is the political will and a majority vote of the City Council to establish the nexus between community need and implementation of an exaction. When it comes to creating a proper Parks and Rec Department, the answer is staring us right in the face.

2 thoughts on “Sonoma’s Department of Parks and Recreation”