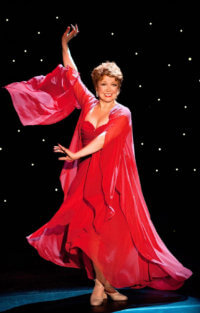 Tony-award winner Donna McKechnie, a Broadway star best known for her role in the original Broadway production of , will be the interview guest at a Sonoma Speakers Series event on Wednesday, May 29, at 7:30 p.m.  at the Hanna Boys Center Auditorium in Sonoma.

The evening features a conversation with Amy Miller, artistic director for Transcendence Theatre Company, and a performance by cast members of the upcoming production (which Miller directs) of “A Chorus Line’.

“It is a dream come true having the honor of interviewing my dance idol,” says Miller. “Donna has been one of my biggest inspirations throughout my theatrical career.” 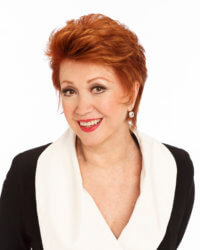 McKechnie has had an illustrious run — as dancer, singer, actor and choreographer —  spanning more than 50 years.

McKechnie grew up in the Detroit suburbs before falling for musicals by going to the movies.  After seeing the film “The Red Shoes” she began ballet classes at the age of 7 and by the age of 13 was teaching her own class. She ran away from home at age 17 and moved to New York City to become a dancer.

After touring in “West Side Story,” McKechnie made her Broadway debut in 1961 as a dancer in “How to Succeed in Business Without Even Trying,” directed by Bob Fosse.

McKechnie’s Broadway credits include starring roles in “On the Town,” “A Chorus Line,” “Company” and “State Fair.” A recognized presence on the international stage, she first performed in London in 1969 with the musical “Promises – Promises” and starred in numerous productions in London’s West End including “Company,” “No Way to Treat A Lady,” (which she choreographed), “Can-Can” and “Follies.” McKechnie’s memoir “TIME STEPS – My Musical Comedy Life,” was published in 2006.

In the original 1975 “A Chorus Line” production, she received a Tony Award for Best Actress in a Musical.

Tickets to the Speaker Series event are $35 general, and $75 for preferred seating and VIP reception with McKechnie at 5:45 p.m. Hanna Boys Center Auditorium, 17000 Arnold Drive.