Urban planning for Sonoma’s next generation

By Teri Shore | For The Sun 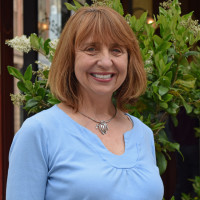 The best way to ensure a climate-smart, diverse community and to protect surrounding natural lands for the next generation of Sonomans is to renew the existing voter-approved Urban Growth Boundary (UGB) before it expires next year.

If it is not renewed by the voters, the City Council will have the power to expand the boundary into the greenbelt for new development at any time – whether a subdivision or on a project-by-project basis – with a simple 3-2 majority vote. While we may trust our current City Council, they face increasing development pressure. The Council will also change in the decades ahead.

The UGB is simply a line around the city beyond which urban development is not allowed without approval of the voters. The voters of the City of Sonoma passed Measure S in November 2000 to adopt the UGB with a 64 percent “yes” vote. It expires December 31, 2020.

Renewing this long-standing growth measure with a vote of the people provides certainty to the community, City Council, developers, and landowners for the next generation and beyond.

Doing so will prevent sprawl from spreading into open space and farm lands around the City, and will enhance the thriving community inside the city limits. The UGB will also ensure wise use of urban land by directing new homes and businesses to be built near schools, shops, and public services.

The health and environmental benefits are clear. The UGB reduces driving and greenhouse gas emissions; saves money on water, sewer, parks, and roads; protects the environment; reduces wildfire risk; and allows for housing across the income spectrum. And it costs taxpayers nothing.

It is disappointing that, with the UGB expiration approaching, the City Council and staff have not yet prioritized a UGB voter renewal measure, unlike every other city in Sonoma County.

The UGB determines where we build, not what we build. UGBs have not caused the housing crunch. The rest of the Bay Area demonstrates that sprawl does not provide affordability.

City Council policy decisions determine how much affordable, moderate and market-rate housing is built. That is why the city is now developing a Housing Action Plan and has established a Housing Land Trust. There is room within the existing UGB for many hundreds of new homes. The city is already on track to meet its state affordable housing requirements and more.

Renewing the UGB to focus new growth inside the city is in line with every local, county, regional, and state climate and housing policy that calls for city-centered growth, affordable housing, and reduced greenhouse gas emissions. There is no need to push housing out to the edge of town and sacrifice green fields to provide affordable housing. The UGB forces us to use more innovative ways to create housing for people of all incomes, ages, and cultures.

For the past 20 years, the City of Sonoma’s Urban Growth Boundary has delivered what was promised: preservation of greenbelts and a thriving community with livable neighborhoods and an exceptionally fine quality of life. Renewing the UGB by a vote of the people in November 2020 will forge a positive, climate-smart future for our city as development pressure to sprawl mounts.