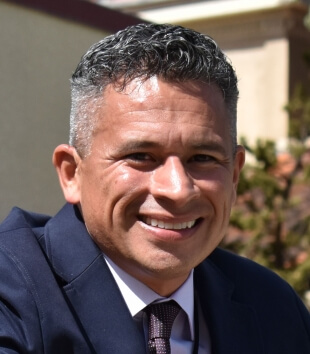 Just weeks after the surprise resignation of Justin Mori as principal of Sonoma Valley High, Alberto Solorzano has been named to replace him as of July 1.

Solorzano is entering his 25th year in education and is an experienced high school principal,  according to a statement released Tuesday night by the The Sonoma Valley Unified School District.

“He is also proud of his work in master scheduling; specifically supporting English Learners and Special Education students access to courses, and increasing enrollment for Latino and African-American students in Honors and AP courses,” Ferrer said.

Solorzano was also responsible for working with his teaching faculty in the design of new courses in Agriculture, Social Science, Math, English, Visual and Performing Arts, and Engineering. He is an advocate in the use of data and in collaborating with his instructional leadership team to ensure successful implementation of school-wide initiatives.

Ferrer said Solorzano has been active in the support of his parent communities. Part of his success in this area include creating a Parent Institute for Spanish speaking families, instituting summer Home Visits for incoming and existing families to support the transition and success of his students, and creating a Wellness Center to support the social-emotional needs of his community.

In District conversations with his current and previous employers, Solorzano has been described as “student centered”, a “relationship builder”, and that “he advocates for the success of all of his students”. All of the references that the District contacted expressed that they are a fan of his leadership and provide him with unwavering support of this endeavor, Ferrer said.

His current Superintendent shared with the District that, “I have been impressed with the positive impact he has had on the students, staff and parents at Amador, as well as with the investments he made as a member of my leadership team. His creative ideas and enthusiastic approach to the District’s mission has been impactful. Alberto’s leadership and general advocacy for students and their families, has improved school outreach and positively impacted students and staff.”

“It is clear that through our selection process, Mr. Alberto Solorzano truly represents these characteristics and is qualified to be the next principal of Sonoma Valley High School,” Ferrer said.

Mori was hired a year ago, but announced in May he was leaving to take the principal job at Petaluma High School, his alma mater and hometown school.